Cards From the Bearded One

I've been sick all week. Not the wonderful kind of sick where you can't even go to work and you get to lay in bed and sleep and watch TV and have people take care of you and bring you food. No, the kind of sick where it feels like the terrorists planted a snot bomb in your head and set it for Monday morning.

But, not sick enough to stay home from work. It has to be pretty bad for that. Being a dentist, if I can't make it in, it really can inconvenience a LOT of people that have toothaches and took time off work and stuff to come see me. So I went and was miserable. Then I came home, ate and went to bed.

Of course I made sure to make time to catch Carston Charles face off against Clifton Phifer in a couple of performances that we...you know...COULD HAVE USED TWO FREAKIN' YEARS AGO!!!!

But that has nothing to do with this post. This post is about cards that I got from Beardy. I don't remember why I got them. But they are mine none-the-less.

Since my month long sabbatical, I'll be playing catch up for a while. So don't be surprised if something that you sent me in say...2005...makes it up on my blog.

Here is some kick ass stuff that Beardy sent along. Possibly because he felt bad for stealing my football team and using it to bludgeon the current farce in Brown and Orange. 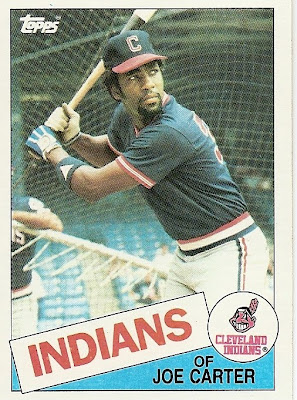 I always liked Joe Carter. He was a very popular Indian in my youth. Then we traded him for a package including Sandy Alomar Jr, who was even more popular. I don't know how you characterize his time in Cleveland as anything but a success, and if you ask any Cleveland fan, they will tell you that they have fond memories of him.

As a kid, I remember thinking he was one of the greatest players of his era, maybe ever (I also thought that about Andre Thornton). And then I found the cult of Bill James and realized that it's kind of important not to make outs. Now I look at Joe more the way he really was. A good player who hit a great Home Run.

Not for the Indians, of course. 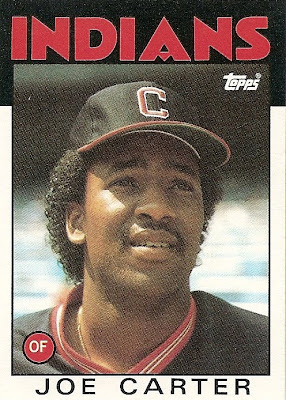 Another Joe card from the set that (somehow) started it all for me. I still often look at the 1986 design and just marvel. I'd really like to know exactly how in the hell something like that happened. 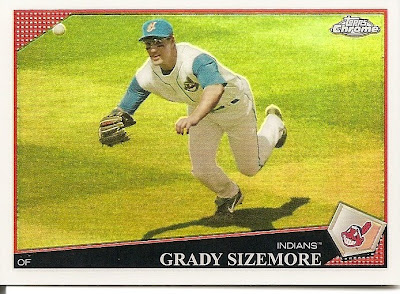 You may have heard that I'm a fan of Sizemore. I may have already told you about my run in with Grady. It's a fantastic story that happened in september, right after he was shut down for the season.

You're never going to believe this. I was walking out of Giant Eagle and he was walking in.

OK, I guess that's not such a great story. 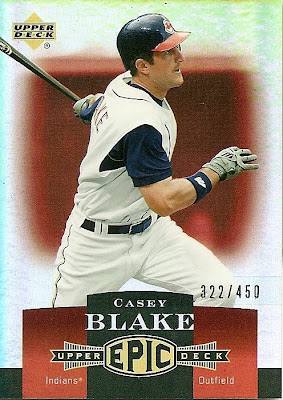 OK OK, Time out. I have to tell you this. I had the WS game on and it ended a few minutes ago. The news came on and the lead story is about how the police found 2 decomposing bodies on the 3rd floor of a house on the east side. There was also a freshly dug grave in the basement. The bodies have apparently been there for about a month decomposing with the guy still living in the house.

One of the neighbors was interviewed, the wayt the news always does. JJ Jackson, neighbor, appears on camera wearing sunglasses (it's night). What does JJ have to say?

"It's not going to be a good Halloween" 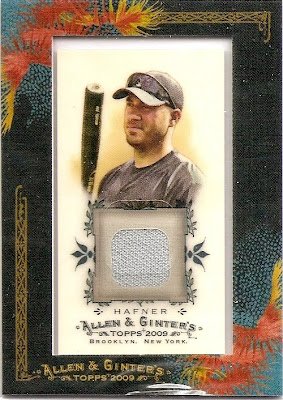 Love Travis Hafner. Watch out next year. Hafner will be healthy. He's going to team up with LaPorta to hit the crap out of the ball next year. 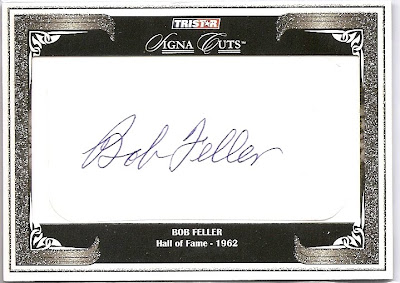 Bob Feller was one of the greatest of all time. He was an ace pilot in WW2 and Korea. He'd just as soon kick you in the gut as look at you.

Thanks dude.
Posted by Motherscratcher at 12:00 AM

I can't believe I actually traded away a Feller auto. If they weren't so easy and cheap to come by, I'd feel like a real amateur right about now.

Bob was a anti-air gunner on a battleship, in WW2. Very cool card, though.