The Long Trip to the Middle

It's been a long season for the Tribe. Starting with great promise and high expectations, this season went from a ton of injuries, to difficult trades, to a surprising late surge and featured crap in the bed throughout.

The last few days have featured the return of some of our favorite players. Hafner hit a monstrous HR the other night. Victor Martinez returned and hit a walk off a few days ago. And, the Tribe has won 5 straight to climb back to the mystical land of .500. Don't get me wrong, I didn't think we would see that this year, so I am happy. I just can't look back and think about what could have been. 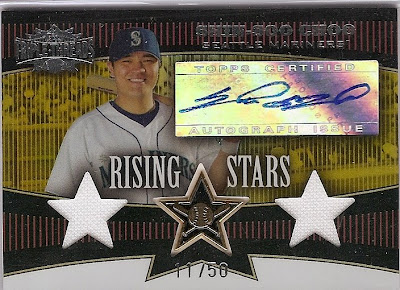 We won tonight with the help of newly minted Cleveland Legend Shin-Soo Choo. In September he has hit .448 with 17 RBIs. No too shabby. AND, more importantly, his last name lends itself to the awesome "Chooooooooooooooo" from the crowd when he comes to the plate. Always a good time. Every team should have one of those.
I can's help but think things look pretty good for next year. We can't have the same amount of bad luck that we had this year. The Tribe reached 77-77 today. 8 games left. A decent chance to finish over .500, which is nice.
I'm not overwhelmed, I'm not underwhelmed either. I guess I'm just completely whelmed right now.
Yeah.

Posted by Motherscratcher at 11:14 PM

Well, let's just hope the Tribe actually KEEPS some of our good guys!