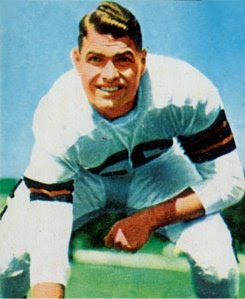 Browns great Dante Lavelli died on Tuesday at the age of 85. A big part of the Brown’s football dynasty of the 1950’s, he was before my time. He was a part of the reason that Cleveland, first and foremost, is a Brown’s town and the fans here are some of the most loyal in the country despite decades of futility. Somehow, in our collective subconscious, we still see ourselves as that great city with those great teams, even though that era ended over 40 years ago. I guess our grandfathers told our fathers who told us that the Browns are a great team, a great franchise that is just going through a rough patch. We will, because we did before, and deserve to again be a force in professional football. 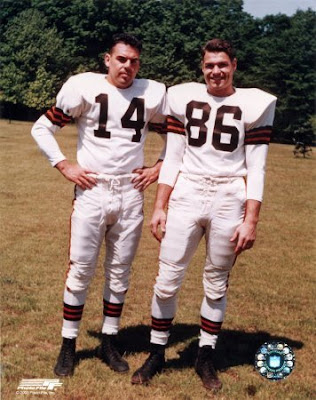 There aren’t many players left from those long ago teams that ruled the AAFL and were a force after the AAFL and NFL merged in 1946. There have been some things written about Lavelli in Cleveland, but I don’t think there has been much said on a national stage. I guess it would be hard for the passing of one of football’s all time greats to muscle in on ESPN’s coverage of Brady’s knee, Romo’s leadership, McGwire’s steroids, and the possibility of Stephon Marbury playing in Greece.

So, I take it upon myself to inform the privileged few who read this ridiculous blog, of the Great Dante Lavelli, who along with Otto Graham, Mac Speedie, Marion Motley, Lou Groza, and (of course) Paul Brown changed the course of the NFL and the way it was played. I’m not a sports writer. Others have written about Lavelli much better than I can. What I can do, however, is provide a list of factoids, accomplishments, and other interesting things that you may not have known about this great man.

The best thing you could do would be to skip my post and read this and this. 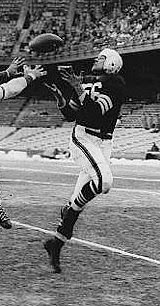 Lavelli was born in Hudson Ohio in 1923. The reason he ended up on the Browns was that he played at Ohio State for Paul Brown in 1941. He only played in 3 games before being injured. 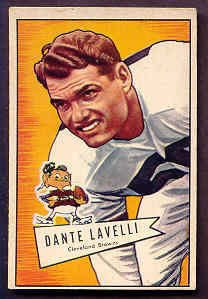 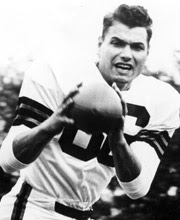 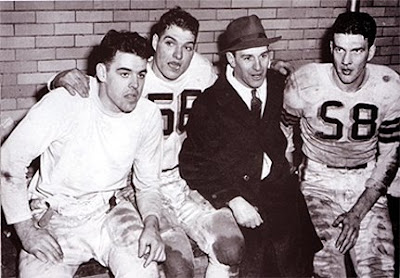 If you’ve finished this, maybe you know a little bit more about a great player who is worth knowing a little more about.

Posted by Motherscratcher at 12:05 PM