Hey, did everyone know that they've already released some of the 2010 products? Yeah, it's true. I have some of the first 2010 Topps that you'll see this sping right here. (OK, I know it's not spring but it sure has seemed like it the last few days.)
I was at the store yesterday after work and I decided to pick up a rack pack of 2010 Topps so I'd have something quick and easy to post today. My goal of posting 3 times a week on average has been put on hold due to unforeseen circumstances. Mainly, my new boss is working me to death.
About a month or so ago we bought a dental practice for my wife. So, now I'm married to the CEO and President of a new corporation. My boss has taken away all of my time off (except Wednesday) and put me to work at the new office. And for no pay! Sunday we are both off and usually doing stuff, so it's tough to find time to post.
Wednesday I'm alone with the real boss. The real boss usually takes a nap in the afternoon leaving me a short window to post something. Instead of doing some of the other far more important or pressing things that need to be done, I play with baseball cards. When my wife comes home after work on Wednesday she asks if I got anything done. I tell her that I sure did, I got a blog post up for the first time in a week. She usually gives me a look that I can't quite decipher. I think the look means "that's OK, you're still awesome!"
And that brings us to todays post. It is very boring and uninspired, but what are you gonna do? It's my first 2010 cards, and it was a disappointment. No Indians.
Here is a small sample: 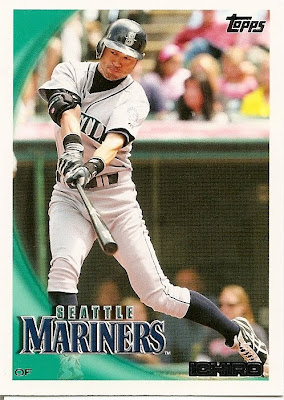 Ichiro
I'm not sure if we are still using this guy's last name. I scanned this one because I wanted to scan a base card and I got no Indians to show you. Anyone want to guess what Ichiro's OBP was last year? I'd tell you if I knew, but Topps still doesn't think that stat is important enough.
I'm not advocating putting VORP, UZR and that stuff on cards. I don't think the general public is there yet. But no OBP? C'mon Topps. It's 2010, man. 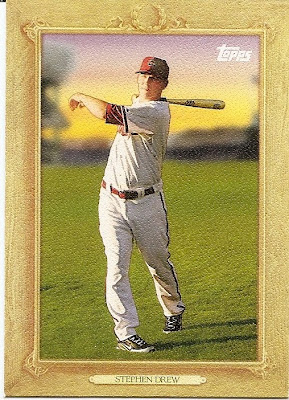 Stephen Drew Turkey Red
I love Turkey Red, and there's worse cards to pull than Stephen Drew, I suppose. I got more excited when I read the back and discovered that Stephen not only "sizzled" last year, but he also "raked" and did a fair amount of "legging" as well. 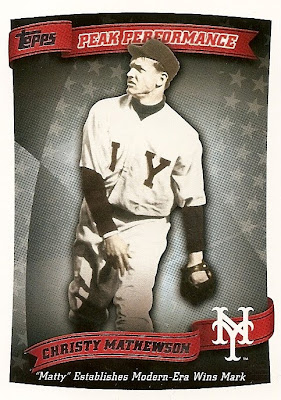 Christy Mathewson Peak Performance
Isn't this guy dead?
His Peak Performance came in 1908 when he won 37 games for the Giants. Runner up was Mordecai Brown with 29. I have nothing against Christy. She seems like a nice enough gal, but I feel fairly certain that had I been alive back then, I would have been squarely in Mordecai's corner on this one.
"Mind you don't cut yourself Mordecai." (OK, I know that's Buford (the sly one) but they never actually show Mordecai.) 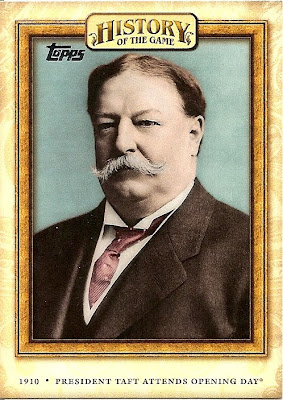 President William Howard Taft History Of The Game
Every president since Taft did it has thrown out at least one first pitch, except Jimmy Carter. This leads me to wonder why Carter never did it.
I think I like Carter a little bit less after knowing that. 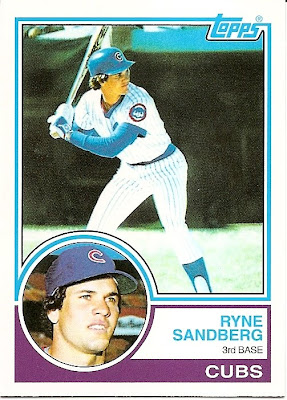 Ryne Sandberg Card your Mom Threw Out and Then Topps Made Again Only A Lot Shinier
My mom never threw out Ryno.
She knew better than that.
I like this card all the same. Cool Idea. 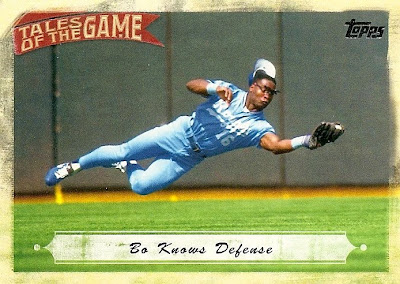 Bo Knows Defense Tales Of The Game
Now this is a sweet looking card. Bo in that awesome blue uniform all layed out and making a catch with his hat falling off. Man, what a shot. The only quibble I have is that the play described on the back is obviously not the one featured on the front. What, was this play not good enough?
On a related note, I asked a kid in my office ( I think he was around 8 or so) if he'd ever heard of Bo Jackson.
He had not.
Somewhere along the line I fear we've failed as a society because I'm not that damn old yet.
So there you go. My first 2010 cards
Posted by Motherscratcher at 3:10 PM

lol...still laughing over you saying Christy Matthewson "seems like a nice enough gal".

The other day a girl from my undergrad called to try to get me to donate to the school. Danny DeVito (his son goes to the school and was once my lab partner) was there recently and she mentioned that, referencing the guy as "that dude who was in that one episode of Friends."

We've failed our children. And I'm only 23. What is wrong with the world???

Great post. I get the same look from my girlfriend and I too, choose to believe it means I'm "awesome".