I was either so excited to open up some 2010 Topps yesterday or so mad that I didn't get any Indians that I had to open up some more. This time I went for one of the cereal boxes that run $10. I like these for one reason. The special Chrome card that is included.
I fully intended to collect them all last year and didn't follow through. This year I like them even better. I intend to get them all this year and now I'm one card closer. I now have 1 card. Since it's the coup-de-gras as it were, I will save that card for last. 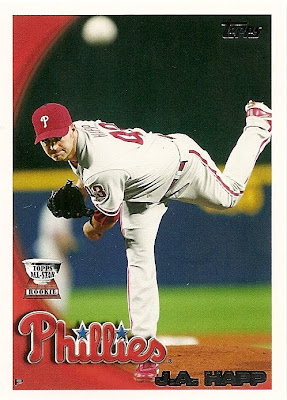 J.A. Happ
You might be asking yourself "Self, why did this moron Indians fan scan in a J.A. Happ Base card?" Well, it's because this is the 6'6" flamethrowing jewel of the Phillies farm system that the Indians didn't get in the Clifton Phifer Lee trade. No. Instead we got a 19 year old flame thrower (Knapp) who immediately upon arrival in Cleveland needed surgery on his already injured shoulder.
That's right. Mark Shapiro traded the Cy Young winner (for the second time) for a dude on the DL who needed surgery.
But I'm not bitter. I'm not bitter. 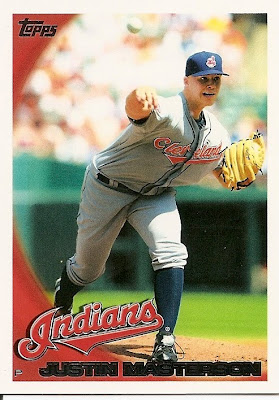 Justin Masterson
Fibally and Indian. I like Masterson. I do. We have a very thin staff this year. Very thin. And Masterson seems like as reliable a pitcher as we're going to see this year. So I like him.
Not as much as Victor Martinez, mind you. But hey. Whatever.
Indians Card!! 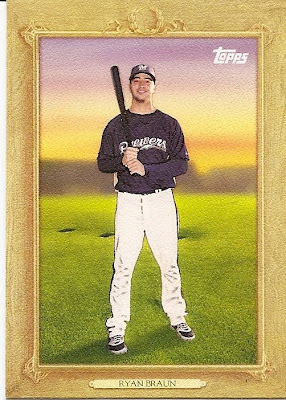 Ryan Braun Turkey Red
I got these 2 rules. One is whenever I pull a Turkey Red Card it gets scanned and presented for the admiring world to see. This one is pretty sweet. Ryan Braun. Watch out for this kid. He has potential. 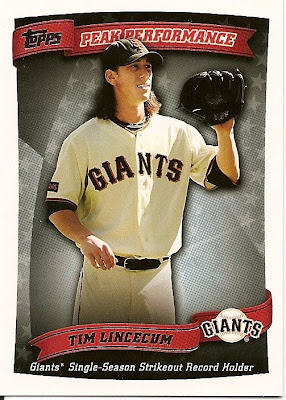 Tim Lincecum
I love this dude. I want to party with him and Phelps, but that's neither here nor there. No, the important thing to remember about Timmy is that he was drafted by the Indians in the 42nd round after his sophmore year. He had a lot of potential but was coming off a bad year. He was demanding a cool $1mil signing bonus.
The Indians refused to meet his demands offering $700k instead. It turns out that MLB was a little pissed and putting pressure on the Indians not to go too far over MLB's stupid-ass makes no sense slotting system. They already had on a couple of picks that year.
Well, Timmy went back to school and the rest is history. If not for the pressure would the Indians caved and given him his mil? I guess we'll never know.
What I do know is that the Indians haven't won the WS since 1948. I also know that a staff of Sabathia, Lee, and Lincecum would have been pretty tough to beat.
Pretty damn tough. 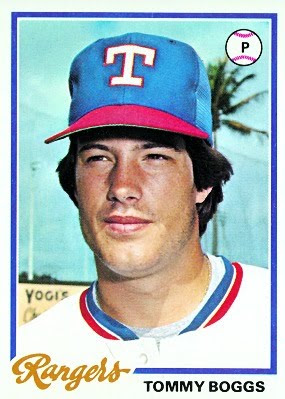 Tommy Boggs 1978 Million card giveaway
This is my first card in the whole giveaway thing that Topps is doing. I didn't know much about Boggs so I looked him up. Tommy Boggs was drafted 2nd overall in 1974. That was the high. The low was his career. There seems to be no way around it...Tommy Boggs sucked.
This is bad news for me if I want to somehow turn Tommy Boggs into Mickey Mantle by trading on the Topps site. But that won't stop me from trying. I'll keep you posted.
Don't hold your breath. 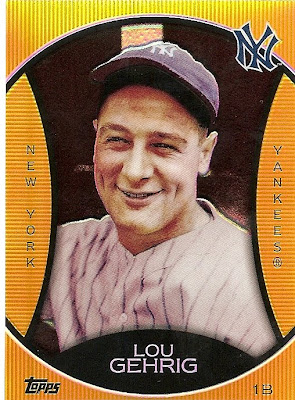 Lou Gehrig Target Gold Chrome
There it is. Pretty sweet if you ask me. I like these even more than last year's version. I might just put some effort into it this time.
Nah, I know I won't. But when I buy any Topps it will probably be in those cereal boxes.
Love these damn shiny Chrome cards.
(Hey! How about posting 2 days in a row!?)
* Oh yeah...I almost forgot. My other rule (which I believe I have occasionally mentioned on here) is that I never go out with girls who say "bitchin".
Posted by Motherscratcher at 9:15 PM

It's always a relief to see someone more behind than me.

That is one sweet Ryan Braun card. He may end up being the NL MVP this year...