What Makes a Collector?

“What makes a collector, Mr. Lebowski? Is it being willing to get the right cards, no matter what the cost?”

“Yeah, that and a big shoebox”

Gellman, over at SCU (If you have found this blog, I’m sure you know that blog) is asking for fellow card bloggers to contribute their stories about what they collect and why they collect it. I figured I’d write mine down and send it on over. Here it is.

I was always a baseball fan. I loved playing it, and I loved watching it. My dad was the coach of the high school varsity team. I remember as I kid I would go to practices and just hang out with the guys. They treated me like I was cool because of my dad, but I didn’t know that. I figured I WAS cool. That was so long ago I forget what it feels like. To be cool. 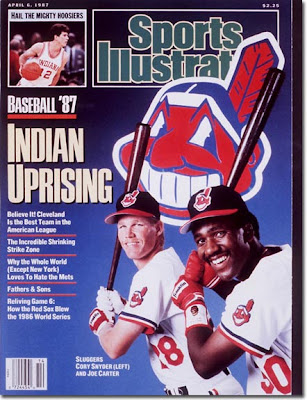 I was pretty much strictly a Tribe fan and we would go to a few games every year. Somehow I would be convinced that Cleveland would be good. I don’t feel so bad about that because they fooled Sports Illustrated too. In 1986 is when I really started collecting.

To be honest I really don’t remember what got me started. Was it my friends who got me into it or vice versa? I guess it doesn’t really matter all that much. In 1986 I became a card collector. I know this because a have a whole boatload of those Topps cards with the black top. They are staggering in their creativity.

1986 is also significant in that it is the year Canseco hit the scene. Then he was joined by Mark McGwire. You had the Bash brothers and those awesome A’s teams of the late 80’s. It was the first time I paid any attention to a team other than the Indians. I always rationalized it by saying that I liked them because Tony Bernazard was my favorite player on Cleveland and now he was an A, but that was bull. I liked them because of Canseco and McGwire. And I liked Canseco and McGwire because their cards were worth a lot.

That’s right. When I started out as a kid, I was one of Gellman’s Second world Collectors. I would bust wax just to get the ‘hits’ and the ‘hits’ were whatever Beckett told me they were. I had no interest in anything else. I don’t remember if I got excited to get Indians or not, to tell you the truth. I never completed a set. I don’t remember ever WANTING to complete a set. I had no interest in a card unless it was worth money. I look back on it and it makes me sad. 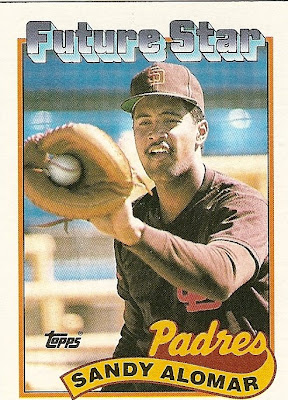 I guess I stopped because I got to high school. I was a lot busier and lost interest. I suspect it’s because it didn’t make you any more popular with the girls so what was the point? If only someone would have told that girls are also not impressed my card tricks, or with the fact that I can do a Rubik's Cube in under a minute, college may have been a much more interesting time. (Why aren’t girls impressed by card tricks?) 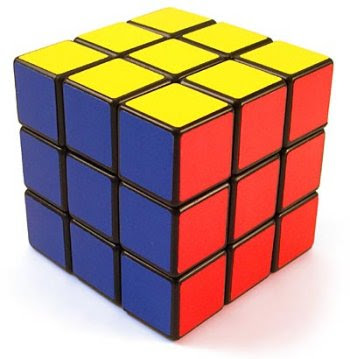 Well, I must have picked up the occasional pack from time to time because my collection had a smattering of cards, but I don’t have any recollection of where they came from. I went to college. I went to dental school. I got married. I moved a few times. Yada, yada, yada…

And then something interesting happened. My dad basically said: “Mike, come on over and get all of your old crap out of my basement. And take you brother’s crap too.” So I did. Along with all of my boxes of forgotten baseball cards. What happened next? Well, I did what any other 33 year old husband with a pregnant wife would do. I decided that they needed to immediately be sort, sorted again, re-organized and re-sorted. Then they needed to be documented and put into a list that could be easily referred to. There was nothing more important than to finally accomplish this task. Complete and total baseball card collection organization, at last.

So, I did what anyone in my shoes would do. I ran out and bought a Beckett. I was very surprised to find out that my entire collection took up about 2 pages in a phone book sized Beckett. And, where the hell did all of the arrows go? What is all of this stuff? Why does 2005 take up 45 pages? Who the hell is Colby Ramus and why the hell would someone pay $100 for his Topps Chrome Update Black Refractor? What the hell is Chrome? What the hell is a refractor? Why is my set of 1988 Donruss worth less than my parents paid for it 20 years ago?

So, I found the blogs trying to find out what a refractor is. Seriously. I put refractor into google and a while later I was on Ben Henry’s blog. I thought about sending him an email asking him what a refractor is (I’m still not 100% sure, I think it’s just a shiny card). I linked to SCU and got a real kick out of Gellman. I decided that I would make my own blog, basically to try to answer some questions. I figured that if I just write a question, about 100 people will answer it immediately. That’s how the interwebs work, right? It has since morphed into the monstrosity you see before you. It’s a blog that offers no new information, no real insight, no competent product review, no unusual or interesting cards because I don’t have any yet. I’m not really interested in that stuff anyway. There are a lot of other bloggers that can do that WAY better than I can. I’m really just interested in cracking myself up, along with the few friends and family that have stumbled across this ridiculous thing. The only thing I can offer is that hopefully, anyone who reads this blog will chuckle a few times, even if it’s at me instead of with me.

Basically, I’m waiting for it to become narrowed down naturally, without having to make a conscious decision to eliminate a part of collecting. I think right now, Blogging is really one thing that’s keeping me interested, even if my posts have been erratic as of late. It forces me to look closer at my cards, and think about them in a way I never did before.

Thinking about it, I probably did the whole thing in reverse. When I was a kid I should have been all about busting wax and putting together sets and loving the cards for the cards. It would make more sense to care about what they are worth now that I have means. It would make more sense if I chased the expensive high end cards to display. Maybe eventually I will. But, as of right now, give me my base cards and my Shin Soo Choo with his ear flaps.

I know this is long and rambling (I can’t seem to help it). I hope this comes close to answering Gellman’s question. Usually I’d read through it a few times and try to edit it a little, but I’m plowing through it with very little time. So forgive my meanders and tangents.

Posted by Motherscratcher at 8:33 PM