Gint-A-Cuffs landed me a few Autos. For some reason, half of them ended up being the non-baseball variety. The first one was the Red Horse Auto (the auto was red, not the horse). The next one was Brock Yates, the guy taking credit for the Cannonball Run. I've got no real reason to doubt him, it's just that I've not been able to confirm his involvement.

Never the less, Jim from Sixty Feet Six Inches had his own little Brock Yates collection going. And, if someone puts their mind to collecting the Cannonball Run guy, I would never stand in their way? I'd consider it bad form. It's one of my two rules. (The other is I never date girls who say "bitchin".)

So, we worked out a trade. I sent him Yates and an assortment of the typical junk that I send out from time to time. He sent me a Ginter Auto and some Indians. This time I got a real live player for my auto!

You can check out what Jim got from me here. Although, I have already told you so you really don't have any reason to doubt me. If you clicked on that link...what the heck did I ever do to you to lose your trust?

Here's what I landed in return:

(And, can we all agree to ignore the fact that this trade went down 2 months ago? Thank you) 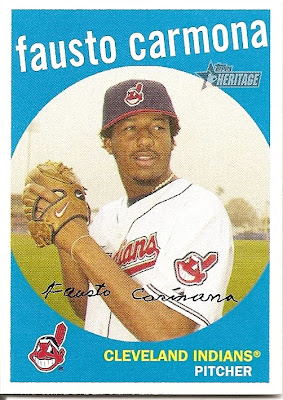 At this point I'm convinced that Fausto Carmona is actually twins. They are pulling the old switcheroo on us like one of those Lindsey Lohan movies. (You remember. Lindsey Lohan used to be a cute girl before she met Brittany Spears and turned into what appears to be a trailer park 33 year old recovering meth addict grandmother of 3). Point is, I think there are 2 Faustos. Or rather a Fausto and a Gausto.

Hopefully Tim Belcher can find Fausto and get Gausto a job selling Peanuts outside the stadium. And put a giant tattoo on one of their foreheads.

I don't care which one. 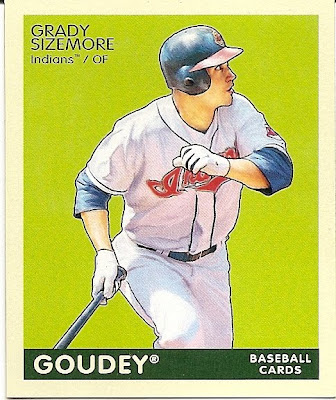 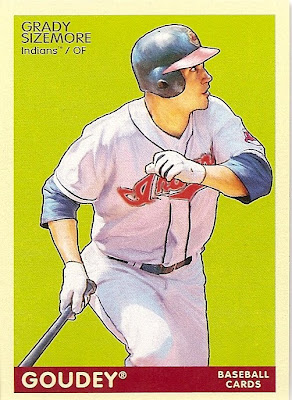 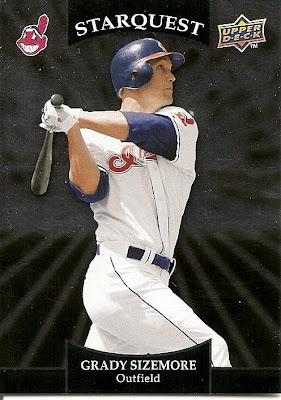 Jim really knows the way to my heart doesn't he. 3 Sizemores! 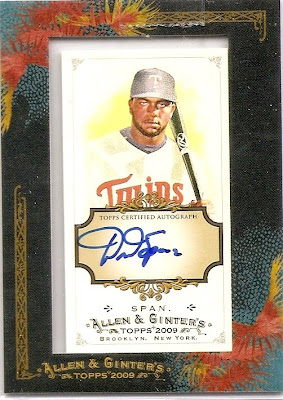 Here's the motherload. I've said before, I hate the Twins. But I like the Twins players. Now with the trade that sends Gomez to the Brewers, Span should spend more time in CF this year. It's probably his exclusively. And, I feel like he's ready to take a leap. Bad for the Indians. But good for my Ginter Auto!

Thanks Jim for the trade and the extra cards thrown in.
Posted by Motherscratcher at 4:22 PM

Thanks for the outstanding post and again for the trade. I haven't posted since the Tigers unceremoniously exited from their season and need to get on that so I guess also thanks for the needed motivation!