There are probably some of you who are wondering why I call these card review posts "Workin' In Shifts". Well, I'll try to make sense of it for you.

I'm an idiot and I very seldom have a point.

Now that' I've cleared that up let's see what I got in my next Random Packs Of Kindness package. 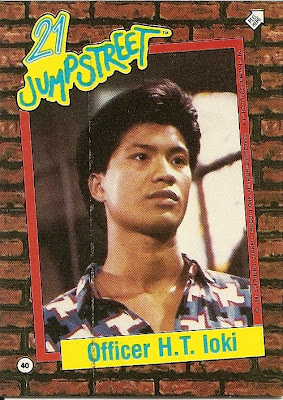 I have never seen a single episode of 21 Jump Street (that I can recall). The sum total of my knowledge of that show is that Johnny Depp was on it. Now I know something else. There was also a guy named Officer H.T.Loki. Does this make me more inclined to go back and see what I was missing? 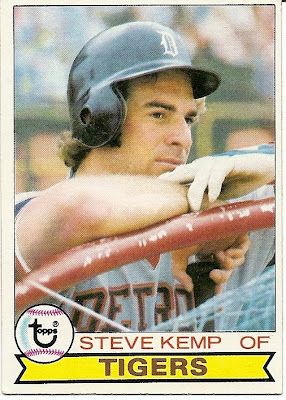 A Tiger from the vintage era. The back of this card informs us that Steve was a College All-American at USC. I knew there was something about this guy that I didn't like. 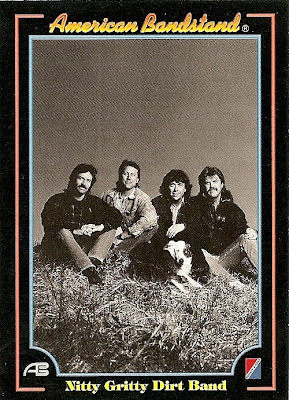 I know very little about these guys other than they were reportedly nitty, and almost certainly gritty. They played dirt.

The best thing about this card is the trivia question on the back.

Not that it's a terribly interesting trivia question. The interesting part is that apparently the producers of these cards thought that people would be forced to complete the set in order to get the answers to the trivia questions. It didn't work on me. I'm not any more likely to track down card #96 than I was 2 minutes ago. On the other hand, I'm set should I run across card #46. 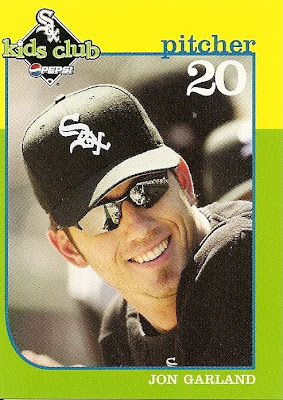 Jon is one of those Jons that spells his name without the 'h'. I'm not sure how I feel about that, to tell you the truth.

The back of the sticker (Actually, I just realized it's an incredibly thin card) has a helpful tip for young ballers:

"When you throw, make sure the ball faces away from you so your fingers stay behind the baseball." Also, it makes it much less likely that you will throw the ball straight into your own face.

That's a good tip, dudes. Be sure to pass it on. 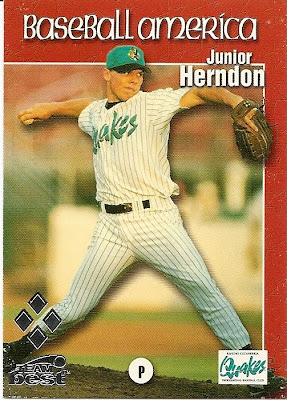 The back of the card notes that: "A ski instructor in the off-season, Herndon is extremely poised on the mound." I'm not sure if this is implying that the later can be directly attributed to the former. If they are, I'd like to see the evidence to back that up. 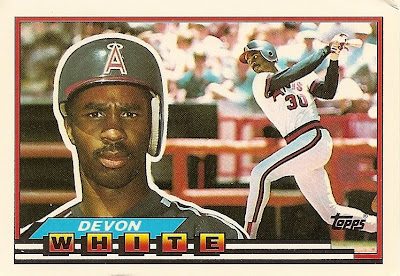 This is one of those annoying cards that's just a little bigger than regular cards for no particular reason whatsoever. I'll probably trim this one down to the correct size.

The back says that Devon collected 4 hits against the Indians on 7-1-87. The question becomes, since this normally impressive feat came against the '87 Indians, should it still count? I guess it would depend on the pitcher in this case.

Yeah, it counts. Even if Steve was probably 57 years old by then. 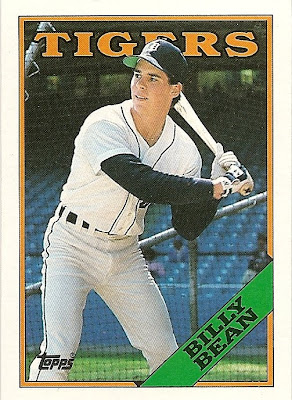 If he's such a genius how come he got drafted by the Tigers, huh? 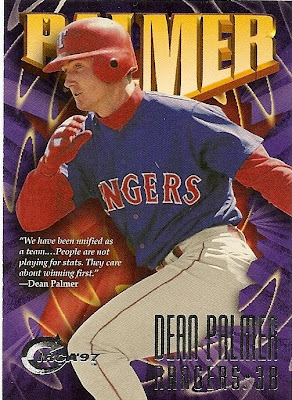 Another one with a quote on the front. "We have been unified as a team...People are not playing for stats. They care about winning first."

We're just taking it one game at a time. I'm just trying to do my best for the club. Blah, blah , blah.

Who thought this stuff was interesting enough that it had to go on the front of the card? 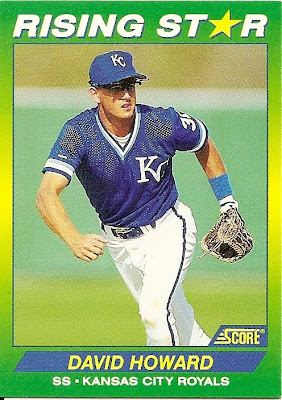 This guy played for the Royals and Cardinals from '91 - '99, and I've never heard of him. Career OPS+ of 57...I guess that explains it. Come to think of it, he'd fit right in there with this years Royals. 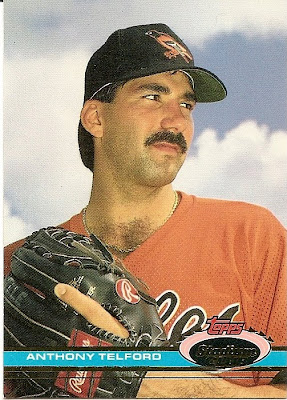 I don't know much about Telford. What I do know is that for this 1991 card there was "insufficient Major League data available for an accurate analysis of pitch selection."

If you ask me, the Topps statasticians took the coward's way out. 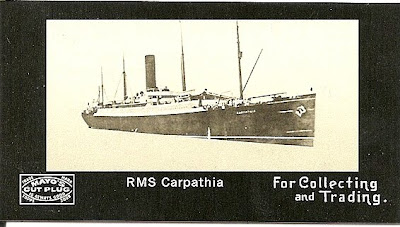 This is the boat that came to the rescue of the Titanic in the 1997 movie. In the sequel, 6 years later, she was torpedoed by a german sub.

Germans man...what a bunch of A-holes. 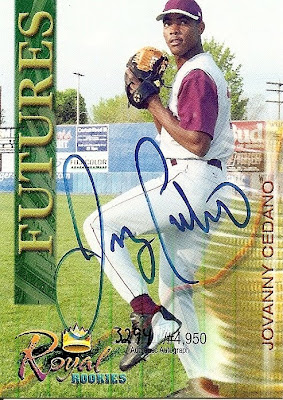 In 4 seasons with in the Ranger's farm system, Jovanny never made it past A ball. That's not what I find unusual. Hey, the guy just wasn't good enough. No shame in that.

What I find unusual is that there were 4,950 of these autographed cards made and hand numbered. I have no idea if this happens all over the minors. Maybe it does. I just thought that was overkill for a dude in the minors.

In 2009 he was baseball americas #9 prospect in the Ranger's organization. Another good call by those guys. I think he's selling cars with Junior Herndon now.

Another post in the books for the Random Packs of Kindness.

Are you guys getting tired of these yet? (Both of you that read them?) Because I'm not.
Posted by Motherscratcher at 12:09 PM

Not sure about the other guy who reads, but I'm enjoying them.

Hot pants was definitely the '70s. So was the Nitty Gritty Dirty Band. "Mr. Bojangles" was their claim to fame. (Not exactly proud that I know that).

Oh, and Jon Garland is now a Dodger. I'm just filled with info, aren't I?

The Nitty Gritty Dirt Band is an American country-folk-rock band that has existed in various forms since its founding in Long Beach, California in 1966. The group's membership has had at least a dozen changes over the years, including a period from 1976 to 1981 when the band performed and recorded as The Dirt Band. Constant members since the early times are singer-guitarist Jeff Hanna and drummer Jimmie Fadden. Multi-instrumentalist John McEuen was with the band from 1966 to 1986 and returned during 2001. Keyboardist Bob Carpenter joined the band in 1977.

The band's successes include a cover version of Jerry Jeff Walker's "Mr. Bojangles". Albums include 1972's Will the Circle Be Unbroken, featuring such traditional country artists Mother Maybelle Carter, Earl Scruggs, Roy Acuff, Merle Travis and Jimmy Martin. A follow-up album based on the same concept, Will the Circle Be Unbroken: Volume Two was released in 1989, was certified gold and won two Grammy Awards and was named Album of the Year at the Country Music Association Awards.
Now you know "The rest of the story" Courtesy of 'Wikipedia' Actually,they're not too bad.

Baseball Dad - Holy Cow. I was reading that thinking you pulled that right off the top of your head.