Something, You Know, For The Effort

Well, another Turk Off is over and Beardy is the winner. His win was historic. In fact, it's the first time in history that a Turk Off was won by anyone other than myself.

Even if it was a fluke; even if it took an almost supernatural turn of events, it is never-the-less A Beardy victory.

For those of you who are having trouble grasping the true significance and nature of this victory, it's like the 1980 USA hockey team pulling off their historic upset over the previously indestructible Soviets at the height of their power. Yes, I would not be surprised to see this made into an epic movie after a few years go by and the dust has settled.

For those that are worried that I'm going to stiff Beardy out of his winnings, I have made this post for 2 simple reasons:

1. To compare Beardy to Jack Elam
2. To link to a picture of Yvonne Strahovski
3. To show off my obscure pop culture acumen
4. To let everyone know that I'm still the best Turker, no matter the final score.
5. To give Beardy a glimpse into his glorious future.

So, here is that glimpse: 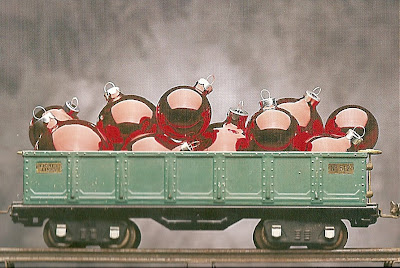 There will be no money. I cannot promise that you will receive total consciousness on your deathbed. But I can offer a few cards and maybe something represented by the above picture. It is a legendary Cleveland Christmas tradition.

I hope your package arrives before Christmas. And, I hope that the contents are up to the standard that a Turk Off Champions deserves.

Once, again, well done Beardy.
Posted by Motherscratcher at 2:25 PM

my eyes are green, not blue.

other than that, you nailed it.

You've done a great job casting this sure-to-soon-be-in-production film. I believe that Leif Garrett captures who I am in a nutshell.

No, I wasn't a child star. No, I never "abused" drugs nor found myself involved in legal problems as an adult. I do have a fondness for periodic changes in facial hair arrangement, though, so we're good.

What most people don't know, however, is that he and I share something quite interesting in common. We were both roadies for Metallica on the Speed of Sound tour.