OK, so last round goes to Beardy. If I had more than a dozen or so people ever visit my site I'm sure the voting would go through the roof for him. Heck, all you doubters were voting for Beardy at the beginning when I was kicking his fur covered ass from here to Sean Henn.

Well get a load of what's coming here. It'll blow your mind. I know it blew mine.

All kidding aside, these were some great packs. I don't know how Beardy can hold the lead with what I pulled here.

351 Mike Piazza
619 Joel Zumaya
622 Drew Meyer
359 Javier Vazquez Gold 20pts Sweet friggin gold card. Not that it's a big surprise. I figured there was one lurking in the box somewhere. I can only hope that Beardy didn't pull one out on the same pack and have it be an Add Back or something. Actually, I kind of hope he does because that would be a kick ass card. 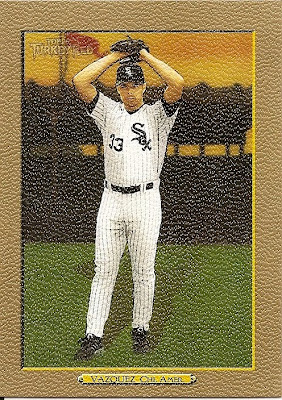 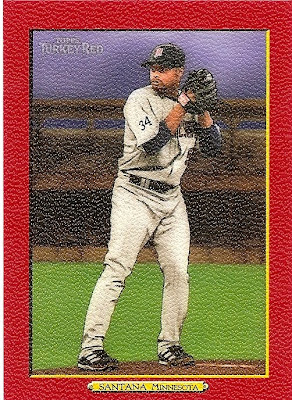 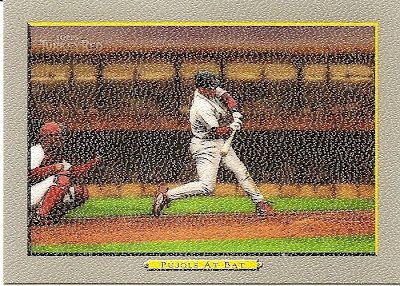 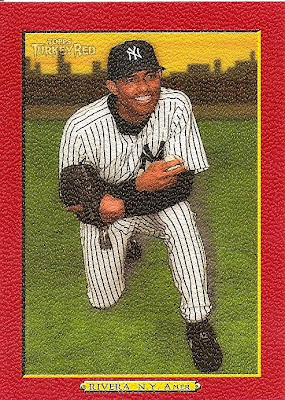 541 Ronny Cedeno SP 5pts Lots a good stuff in this pack and it's just getting warmed up. 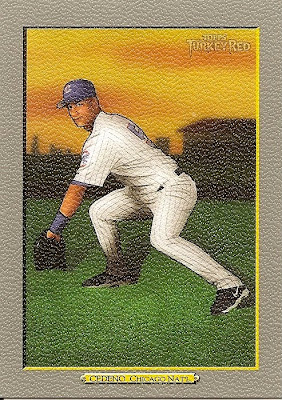 JM Joe Mauer Relic 8pts My third hit! I don't know. I can't remember, but I think I only got 2 relics in my last box. This box I have 2 relics and an auto. I'll be disappointed if it turns out that all boxes have this. Right now I think I got one of those rare boxes with extra hits. It feels like it should be worth more than 8 points, Mauer being the MVP and all, but I'll take it. 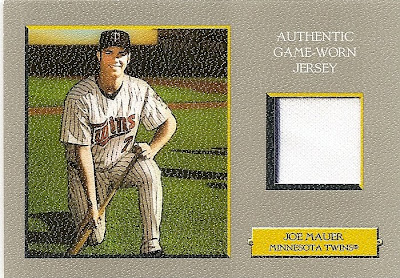 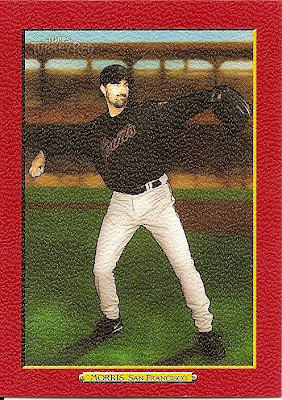 532 Scott Rolen SP 5pts What happened to this guy? Is he any good anymore? I don't even know where he plays now. I want to say Toronto, but I don't know for sure. Does anyone know? Has anyone looked in Larussa's trunk? 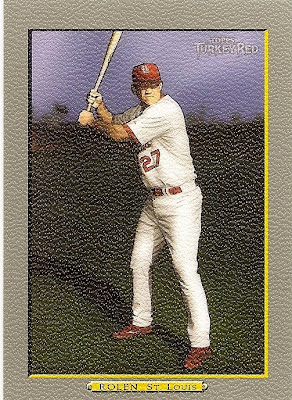 586 Mickey Mantle 2/2 = 1 pts Whenever I see the Mick I think of the story that Jim Bouton told in his book Ball Four. He said that Mickey owned a restaurant and at the end of the night you got a free meal if you could guess which table Mickey was under. (For all you kids out there - that means he drank a lot.) 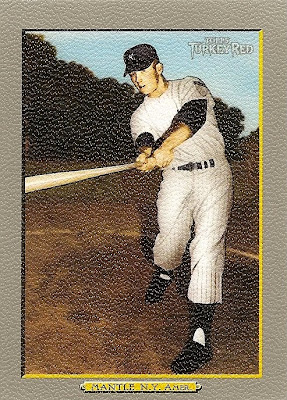 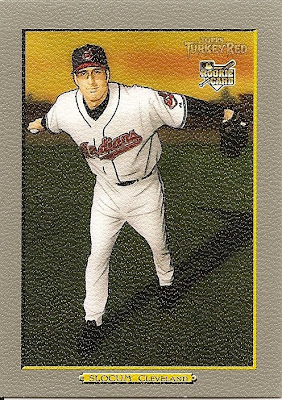 453 Jake Westbrook 2pts Speak of the one armed devil (who will probably be toeing the rubber for the Tribe on opening day. Has there ever been a season with 162 rainouts? 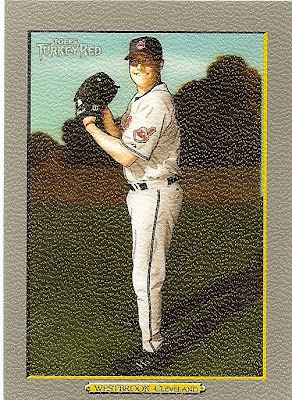 599 Ian Kinsler 2pts I've loved Ian Kinsler ever since he ended up on my fantasy team by accident because I drafted 2B last. He ended up being the best 2B in the league that year. Also, everyone likes him because he's the small white guy who everyone is contractually obligated to call gritty and say things like "he plays the game the right way" and "he's a gamer" and other stuff. Unlike most of those guys, he's also really talented and can, you know, play the game the right way. And, effectively too. I think that's the important part. 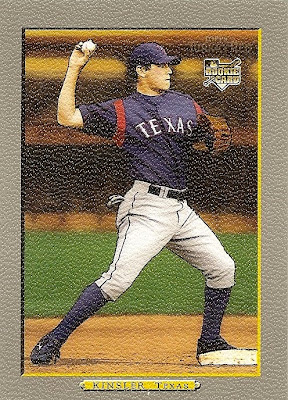 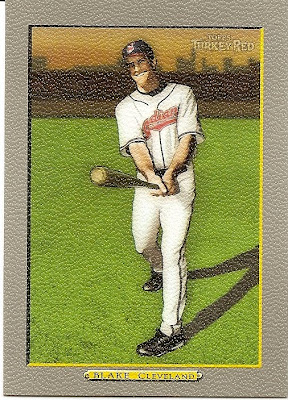 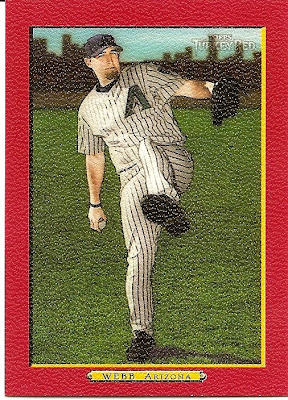 325 Magglio Ordonez SP Ad Back 5x3 = 15pts Well, I'll be a horses behind. I told Beardy that I didn't think there were any Ad Backs in the base set because I didn't pull a single one in my other box. Then he pulled one. I thought I was going crazy. Now I pulled one too. I'm beginning to think that my other box was just a major dud. 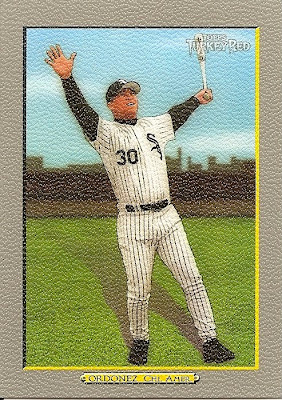 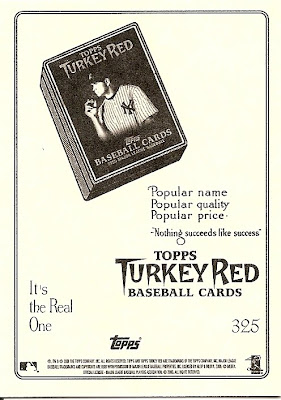 Well, there you go. 4 pretty solid scores, if I do say so myself. And I do. You should really listen to what I have to say. I'm one of the world's foremost authorities on Turk Offs so I know what I'm talking about. So when I tell you that these are 4 stellar packs you can pretty much take that to the bank.

I guess that this is as good a chance as any for a clean sweep, but I really doubt it. I'm hoping to pull back into the lead but it wouldn't be surprised by a tie this round. Just take a look at the competition. Beardy wouldn't have gotten this far if he wasn't an expert Turker and he's obviously no pushover.

Oh yeah...that's right...you all know that already. Most of you voted for the Beardmeister.
Posted by Motherscratcher at 11:04 AM

I'm pretty sure it's over. I don't have the firepower to compete with ANY of those 4 packs.