Well, Beardy has ripped his first Turks and has been found wanting. I take a 3-1 lead in the Turk Off 2. However, I know better than to let up. I'm sure he has something up his sleeve. The worst thing I could do at this point is underestimate him.

If there is one thing I know for sure, it's that Beady is a worthy adversary.

Here are my next 4 packs as I attempt to keep the pressure on. 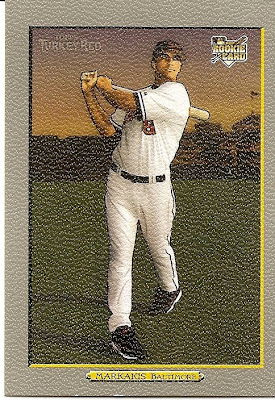 501 Alfonso Soriano Nats Red 2pts Damn, if this was a base it would have been an SP and worth 5 pts instead of 2. 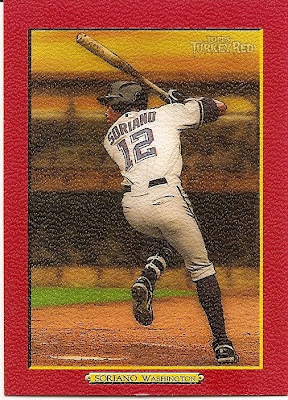 347 Carlos Lee
360 Chipper Jones 2pts A nice 2 pts Great Player in honor of the Commish who almost quit the Turk Off 1 in protest after Chipper was left off the list in lieu of a certain Mets 3rd baseman who shall remain nameless. That egregious error has been corrected for this Turk Off. 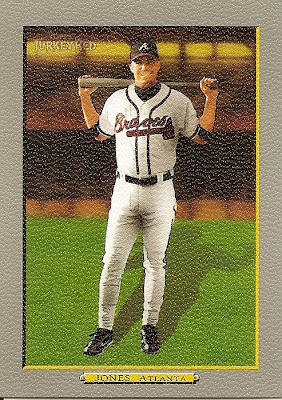 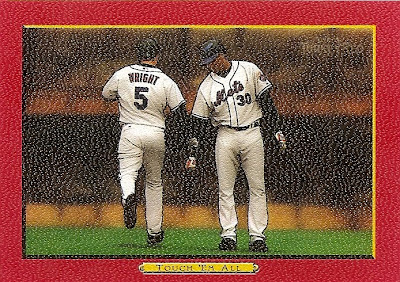 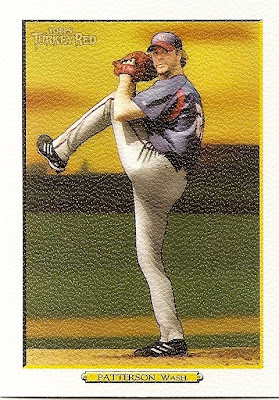 561 Livan Hernandez Red Ad Back (2x3) = 6pts I can't believe I pulled this. I pulled the exact same Red Add Back out of the first box I busted a few months ago. Bummer, man. What are the chances? I'll take the 6 points, but it's still a bummer. 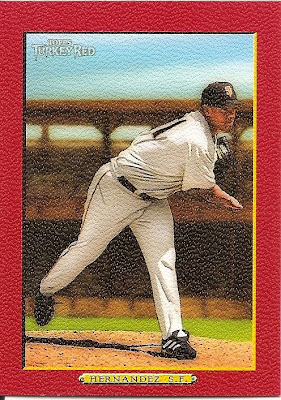 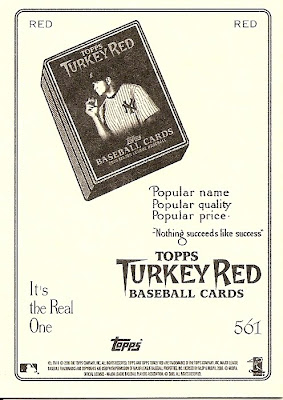 VG Vladimir Guerrero Relic 8 pts Well, here is my first hit. With Vlad The Impaler you can't complain. It would have been nice to pull some kind of variation, but I'll take it. 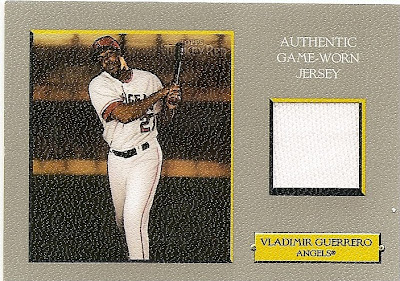 500 Albert Pujols 2pts When all is said and done, will Albert be the greatest player ever? 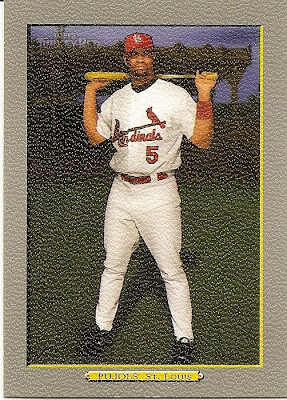 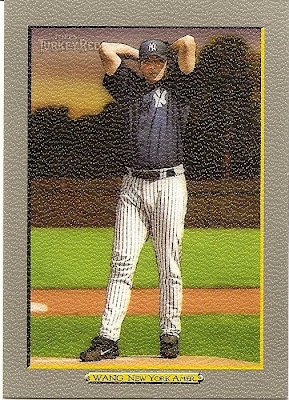 468 Curtis Granderson Red 2pts I still think Curtis should grow the big frotire ala Bake McBride and Oscar Gamble. Instant superstar. I don't know why he won't listen to me. I know it can't be because he hasn't seen my blog. 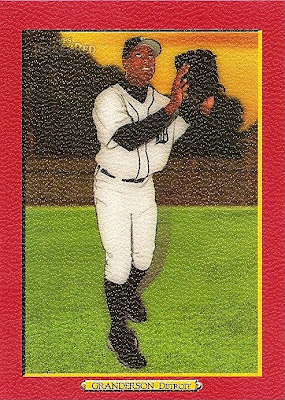 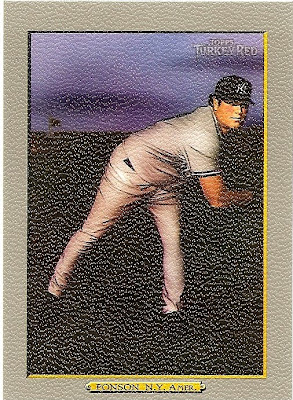 Well, I guess that splitting these four would be OK. I would keep my lead. I think that's the best I can hope for here. I worry that my tenuous lead is about to disappear as that 9 point pack could go down.

I do see that, despite my early lead, people are voting in the poll that Beardy is the favorite. I take heart in remembering that everyone predicted a Beardy victory in the Inaugural Turk Off.

Your move Hairy.
Posted by Motherscratcher at 8:50 PM

I think that Hernandez Ad back is also a short print. I've been doing mine that way.

If I'm still Commish, and you need a ruling on the Red Ad backs, I can confirm that they are not short printed. They are awesome, because they fill many holes in my set, but the red parallels have no short prints.

I also agree whole heartedly with the GranderFro. I think he should take it to Artis Gilmore levels.