OK, so it looks like my euphoria over getting 2 relics and an auto was misguided, as Beardy pulled a second relic to go with his auto as well. I could have sworn I only got 2 relics in my other box. Oh well, that's OK.

You might also have noticed that Beardy's miniscule lead held up as well. I couldn't believe it. My packs were all better than his. In fact, if either of us had pulled any of those packs in a different order, I would have regained the lead. It's really amazing, actually.

Does it surprise me? Not is the least. You see, I know how good Beardy is at the Turk Off game. If I had been playing someone else, like Dubbs or Canuck, this would have been over long ago. When it comes to a well played Turk Off those guys are faqin amateurs.

Here is my final submission.

575 Conference On The Mound CL -1pts
344 Chris Carpenter
624 Fausto Carmona 2pts The ying to Westbrook's bottom of the rotation yang. I can't believe these gus are our 1 and 2. 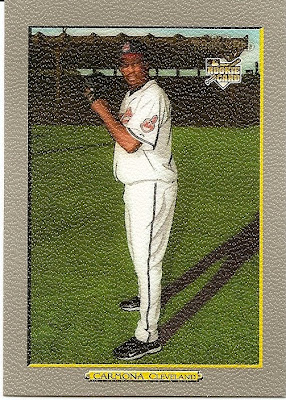 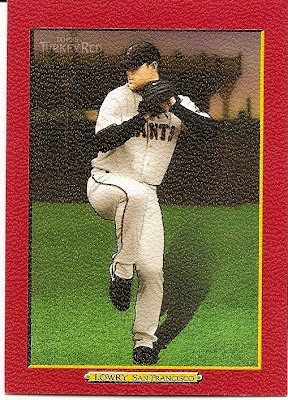 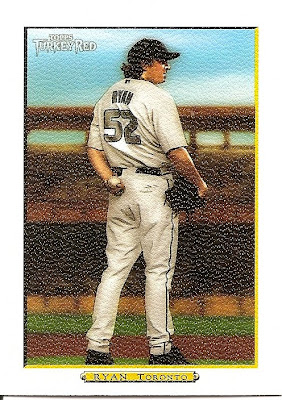 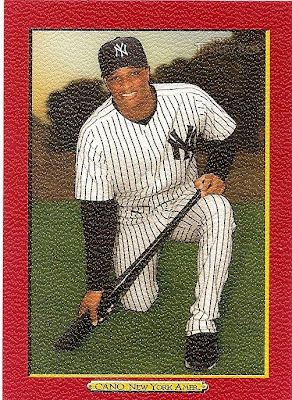 398 Joe Nathan
503 Roy Halladay
432 Matt Holliday
403 JD Drew Black 10pts JD Drew crushed my dreams a few years ago with a grand slam in the ALCS. And the Red Sox fans still don't like him. 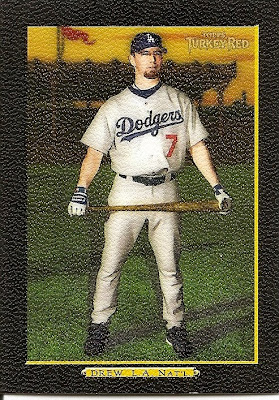 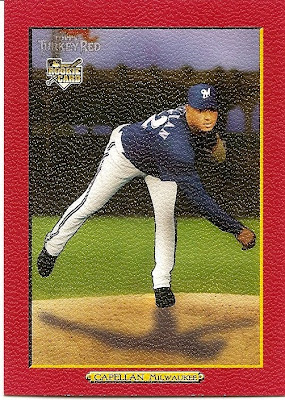 621 Jason Kubel
626 John Rheinecker
404 Bruce Chen 2pts Anyone ever see that movie "They Call Me Bruce"? I used to love that movie. Not that it has anything to do with anything. 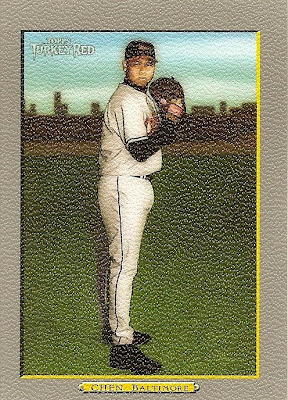 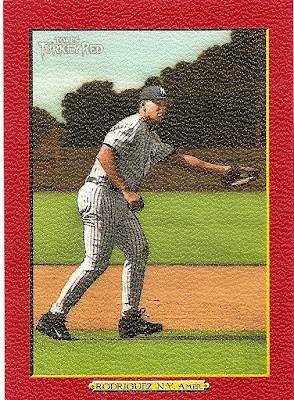 JR Jose Reyes Relic 8pts Another Relic! Can you believe it? I know it's still only 8 points, but another one. That isn't normal, is it? 4 hits in this box? 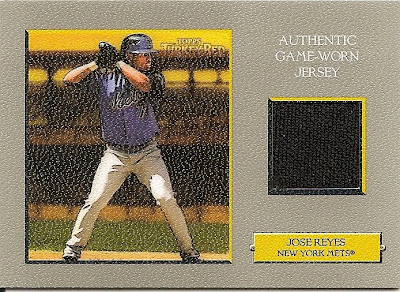 578 Bunting The Runner Over Cl

B-18 Blanket: Carlos Lee 5pts I have no idea what the heck I'm supposed to do with this. 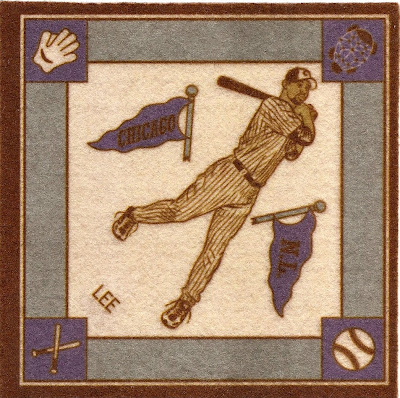 Well there it is. Finito.

I tried to psych Beardy out a little bit by telling him that I had some good stuff coming up. It wasn't really a lie, as I did pull another hit. (And how crazy is it that it came in my last pack?) But, the truth is I need to win 3 of the last 4 packs and I don't think I have the juice to do it. Not unless I get really lucky. No, Beardy's masterfully played 17-20 packs sealed my fate. That was my 99MPH fastball with 2 strikes and he fouled it back. Kept that at bat alive.

No matter what the outcome I have a nice little prize for the Beardman. I wish it included some great Orioles cards, but it probably won't. I haven't busted enough wax in the last 6 months to come up with anything very good. But, I hope he'll enjoy it anyway.

I know there are those of you out there who are feeling really good about yourselves because you predicted a Beardy victory. Well, go ahead, bask in the glow. You might have been right this time. But not because you know anything about the Turk Off.

I think you just picked him because you like dudes with Beards.
Posted by Motherscratcher at 5:50 PM

We all win when there's a Turk-off.

How big is that blanket thingy? I've never seen one of those before...weird

Truer words were never spoken, FOR. Especially on this blog where it's all 95% BS.

The blanket is exactly 5.25 inches square. Not even big enough for Scuba Steve.

I sort of like the Derrek Lee blankie. Haha I want one.

Love beards so much, grew one myself.