If there's one good thing that comes from the Turk Off...wait, what the heck am I talking about? There are COUNTLESS good things that come from the Turk Off. But, here's one of them: we now have a name for my years long obsession with getting Curtis Granderson to grow a huge fro. The "Granderfro" is the perfect name for what would ultimately be a glorious hairsyale of indescribable beauty.

So dubbed by the illustrious Commissioner Dayf, proving once again that while I may be a silly little blogger, he is an artist.

But back to the Turk Off and Beardy's formidable latest submission. Do I have the stones to stave off what could be a clean sweep by the Wonderbeard? Read on to find out. 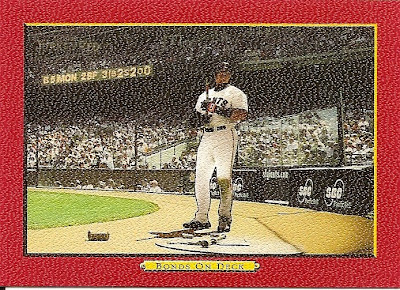 318 Shawn Green
446 Orlando Hernandez
443 Kris Benson -2pts Oh crap. I didn't realize when I made the negative player list that Benson was an Oriole. I thought he played for someone else. Oh well, I'll take the hit here. I think if Beardy pulls a Benson he should get his 2 points, though. It was my mistake. 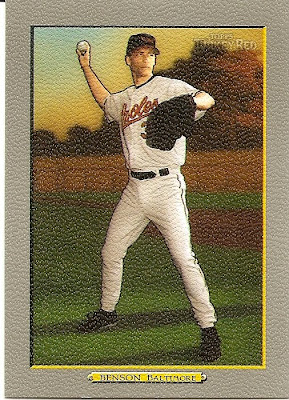 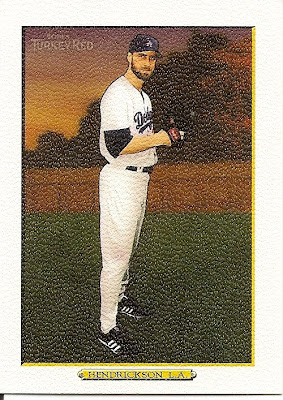 316 Alex Rodriguez Red Add Back 2x3 = 6pts I know he's a Yankee, but he's in his M's uni so I didn't take the penalty. I think that is proper scoring. May need a ruling by the Commish. 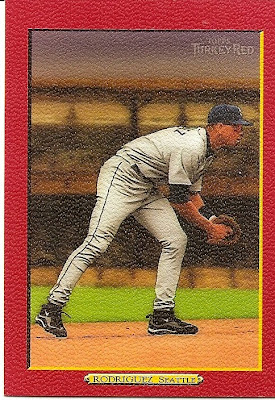 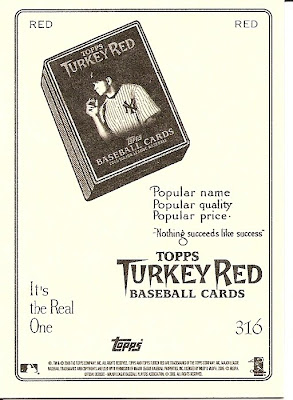 505 Pedro Martinez 2pts I'd be much more excited by a Pedro card if it didn't look so much like Gary Carter standing there on the pitcher's mound. 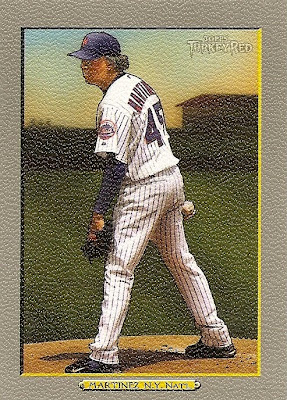 585 Tom Seaver 2pts Sweet retired player card. I'm a little jealous of Beardy's Nolan Ryan, though. Not because Ryan is better than Seaver (I don't think he is), but because Ryan's stirrups look so awesome in his card. Be sure to check it out at Beardy's Blog. 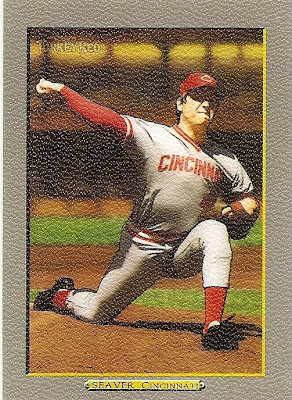 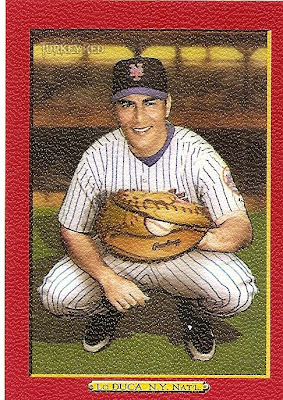 504 Victor Martinez 2pts Seeing Victor again in his Tribe uni brings a smile to my face, while the tears roll down. 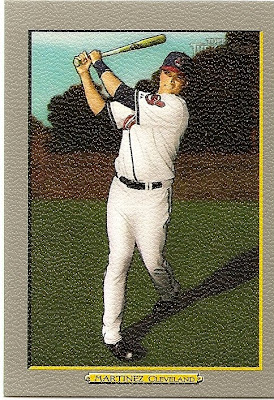 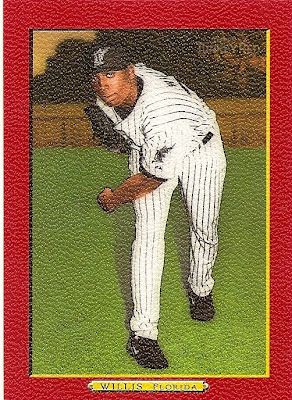 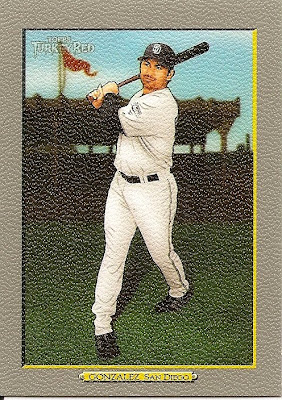 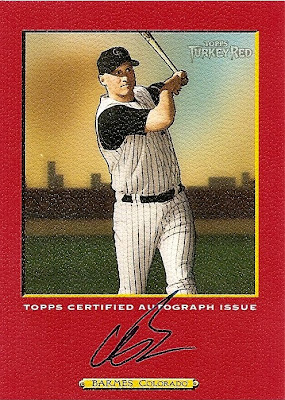 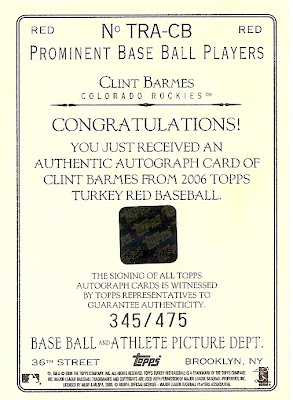 Well it looks like I'm going to barely hang on to the Turk Off lead after a historic set of packs that includes the first ever Turk Off tie. It will be neck and neck going into the bottom half of the Turk Off.

It was a mighty blow losing the pack that I pulled the Red Auto in. I mean, what the heck are the chances that we are both going to pull a red auto in the same friggin' pack? I guess the way it played out is fair because McCann is better than Barmes. It's disappointing none-the-less.

With all of the big hits out of the way it will be small ball down the stretch.

And, while I have been holding my own in the poling, Beardy still leads. This despite the fact that I've been winning the Turk Off for the entire time? What's wrong with you people?
Posted by Motherscratcher at 11:15 AM

Wow, 2 red autos. Defeating you there could be the turning of the tide I have been waiting for.

I have all Turk_Off posts typed, and ready to be posted whenever you are. The 4 packs at a time thing took WAY too much out of me last time, so I busted and scanned the whole box at once this time.