The Rose Bowl is over. The Buckeyes won. Elation (and a huge sigh of relief) washes over the entire Buckeyes fan base. And Stusigpi owes me a box of cards. Good times abound in Cleveland.
In my last post I (without his prior knowledge) forced Stusigpi (I Am Joe Collector) into a bet that, with benefit of hindsight, was somewhat unrealistic. If I had taken the time to consider it, I surely would have realized that Jeff would very unlikely be able send me an anti-government militia following a Buckeye's Rose Bowl Victory. This in no small part is due to the fact that most of those militias are probably in Washington. Despite Oregon's close proximity to it's northern (slightly deranged) neighbor, the fact remains that it's a whole other state.
Jeff, being the intelligent lawyer that he is, saw the folly of my original proposal, and counterproposed a more realistic "box of cards" wager. He did this in the midst of a post whose main purpose was to mock the idiots (myself incuded) who insist on calling Ohio State THE Ohio State University. No matter, it is a tradition that we will continue despite the fact that none of us actually know WHY we do it.

(I can never figure out which pictures will be big and which ones really small)
As you all know by now, the Buckeyes emerged victorious against a very good Oregon Ducks team. This will go a little way toward restoring some of the respectability that the Buckeyes and Big Ten have lost the last few years. Some of the criticism is deserved, and some isn't.
Jim Tressel has taken a lot of heat for not being able to win bowl games, and big games in general. There are a lot of places to read about this in more depth and detail than I can provide. I will simply offer a few thoughts:
Jim Tressel is now 4-3 in BCS Bowls. The 3 losses occurred at the hands of teams that finished 1,1, and 2 in the nation. I don't know. I guess I just don't see why people think that's so terrible.

(damn, another tiny picture)
As for the game, I will say simply that the Ducks are damn fast. I think they are a national title contender next season. I think the Buckeyes (who were able to keep up...barely) will also be in that picture. It would be fun to see a rematch for all the marbles next year. 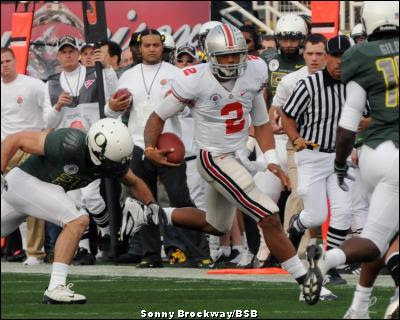 Terrelle Pryor finally looked like the type of player deserving of the hype he received in high school. He doesn't look like he is moving fast (not like that LaMichael James kid - holy crap is that kid fast) but he must be. All season he seems to be half a step ahead of anyone pursuing him. And, he finally learned how to pass. He looked in control, less panicky than he has at any other time in his career.
He looked like a QB. I really good QB. It was a hell of a thing to watch for someone who has seen every snap, good or bad, that he has taken in his college career.
The game ended on a high note as LeGarrette Blount didn't sucker punch anyone in the face.
Now I just await my prize. 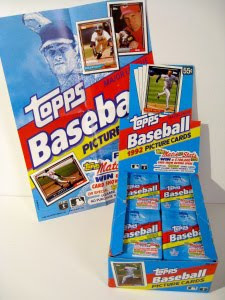 Or, we can wait until next year in the National Title game and go double or nothing.
Posted by Motherscratcher at 12:49 PM