My wife goes to Target the other day and she returns home with the usual stuff, plus a blaster of 2009 Chrome. My wife rules. 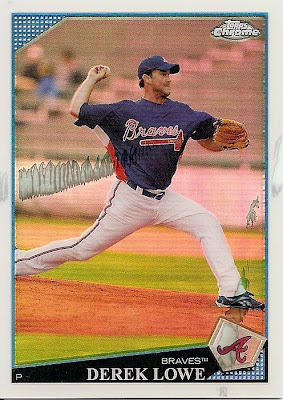 I'm about to bust it open last night while watching the Tribe and Royals battle it out for 4th place in the AL Central and I mention to my wife that I sure how I get an Xfractor. She smiles at me and says that she hopes so too, as if she has any idea what I'm talking about. Or even cares a little bit, for that matter.

I scanned one of the refractors above because it looks like Derek Lowe is pitching in some kind of Donny Darko like time warp or something. Either that or the card is just screwed up for some reason and that isn't really the distortion of space/time protruding from his back.

I didn't get any Indians (except Justin Masterson, but he's in a Red Sox uni) so I didn't scan any of the base cards.

Let's see if I got any Xfractors. 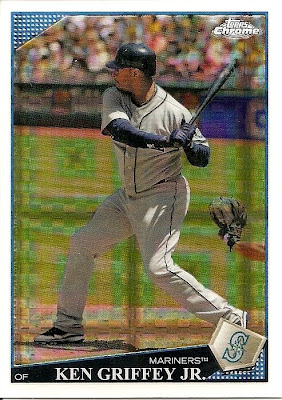 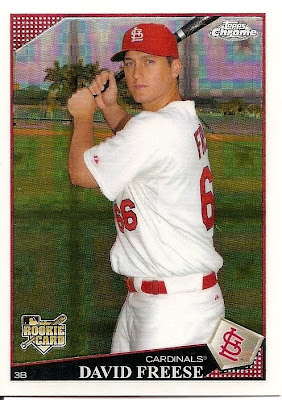 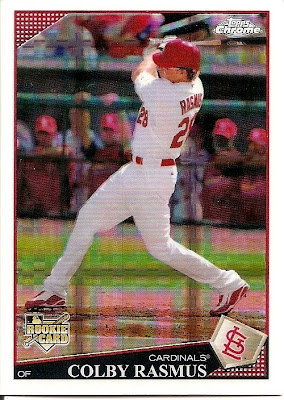 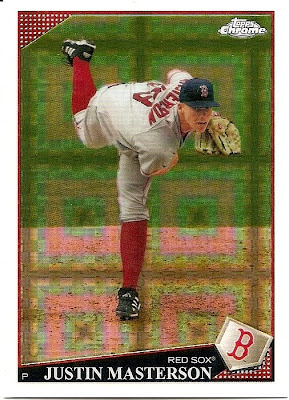 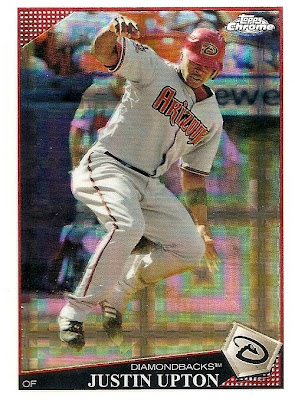 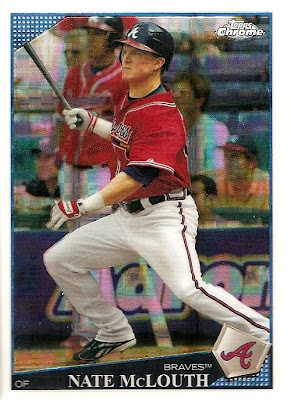 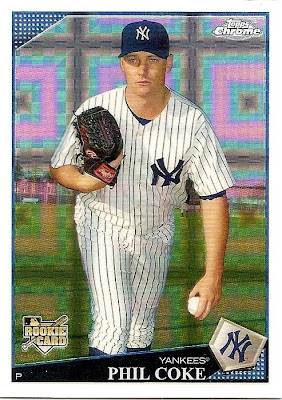 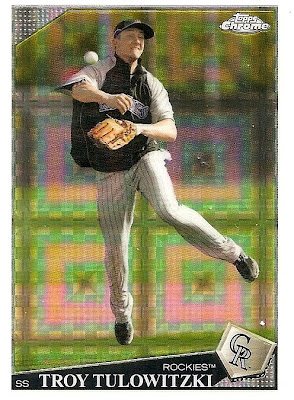 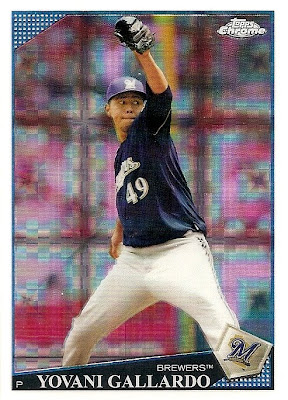 Yeah, I guess you could say I got my share of Xfractors. 9 in all. In one blaster.

Is that the most kick ass blaster ever? I have no idea what the average is but it can't be more than 1 or 2, can it? Another goofy thing is that the first pack had 5 cards instead of 4. I thought I was going to really make out but the 5th pack only had 3 so it evened out. I was in Xfractor heaven by then so I didn't even care.

Has anyone else had a blaster like this? Are they all like this and you guys think I'm an idiot...or more of an idiot than you already knew me to be?

Well, I did what any good collector would do. I told my wife that she has to run up to target tomorrow to get the rest of the blasters there.

I'm pretty sure she said: "Not only will I go to Target and get you all of the cards you want; I will also stop at Victorias Secret and get something really sexy so that I can sit on your lap and feed you grapes while you open your cards."

Only it sounded more like: "You're such a dork. Why don't you do something constructive sometimes."

Nah, I'm pretty sure it was the first one.

Seriously though...9 Xfractors. How great is that?
Posted by Motherscratcher at 7:30 AM

Ack. I picked up a Chrome blaster in the store yesterday and then put it back down.

Paging Mr McLouth... Mr McLouth to the third igloo on the left, Canada

Nice blaster! I actually like the xfractors and the on card auto's are nice. May have to pick up a blaster to at least check it. Love the McLouth!

That is a great blaster. I had an Allen & Ginter one kinda like that. All the minis were SPs or parallels. It was nice.