Bad Wax has weekly contests. You probably have seen them. A few weeks ago I stumbled across one that asked a few trivia questions. It had already been answered a bunch of times so I checked my answers and entered. Translation - I cheated.

In my defense I knew 2 of them and was pretty sure on the 3rd. The other question I would have had to look up, but it seemed kind of silly with all of the right answers staring me straight in the face.

It would have been like Ralph Fiennes in Quiz Show. What's the difference if you take the time to look up the answers yourself? Eventually you just kind of take the glory.

And that's exactly what I did.

Let's rip them and see what we got (the royal we). I'll post my favorite card in each. 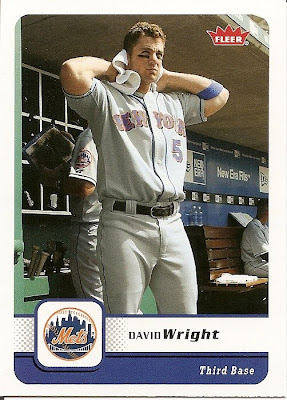 Toweling himself off after a hard day at the office.

OK - One more from this pack. 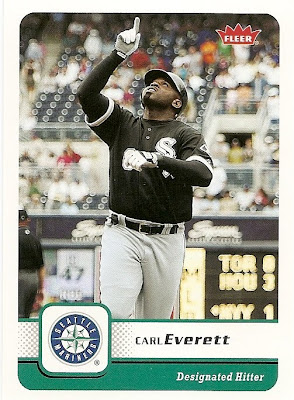 I wanted to post this one because it looks to me as if he's spotted a pterodactyl up in the sky. I wish Carl Everett would say more stuff. It doesn't matter what. Just keep talking my man. 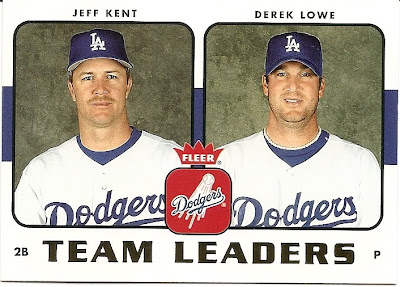 I always feel as if I must post Beardy's favorite player when given the opportunity. That would be Jeff Kent, by the way. 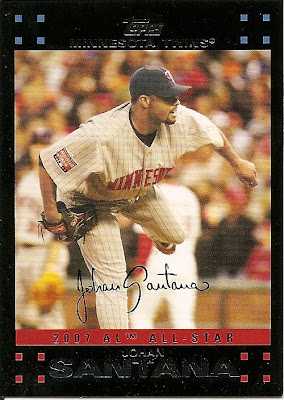 Not much to say other than Johan is really good, and it appears that the Mets may have broken him. Hey, what's the harm in repeatedly sending out the league's best pitcher with a sore arm during a lost season? Nothing bad ever happens when guys pitch with a sore arm. 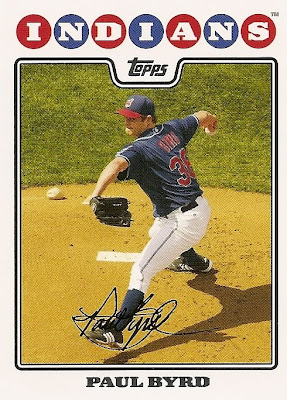 I always loved Byrd. Sure he could be infuriating, but his games were usually exciting.

I was at this game. It was a hell of a thing watching a junkballer and a knuckleballer get out of one jam after another. There were ALWAYS guys on base. That game could have broken wide open at any time, but it didn't until the 6th. Edge of your seat for every pitch. Nothing better than postseason baseball. Made all the better because my team won. Now all we have are the memories of a competitive team past.

And Paul Byrd was a part of that. My memories of Paul are mostly good ones.

Thanks for posting that Jeff Kent card and ruining my day.

Ruining your day? Even after you win the Card Cache contest twice and your Orioles beat the hell out of my Tribe last night?

Man, you must really hate Kent.

thank you for the carl everett/dinosaur reference.