You really need to get in on these breaks. I think there are open spots for the monthly break club. It's worth getting in. It's cheap and fun and you'll get stuff you probably wouldn't have bought on your own. In September you will get some Icons and Finest at a fraction of the cost of one of those boxes.

Stusigpi is also breaking a case of 2007 Exquisite baseball. Did you read that correctly? A CASE OF EXQUISITE! When the heck are you going to have a chance to bust Exquisite? And you are guaranteed hits. There's no chance of coming away empty handed or getting a bad team. No. You will get hits. The only question is if they will be mildly cool, really cool, or completely freaking awesome.

Someone is getting a case hit. This isn't an "I hope there's a case hit" thing. Someone will get it. It could be you. I hope it's me. There are spots left so get your asses over there so we can get this thing done!

In August we did some Ginter. Now I've posted the hell out of 2 boxes of Ginter already with the Gint-A-Cuffs. So I won't bore you too much with it. I picked 3 cards. 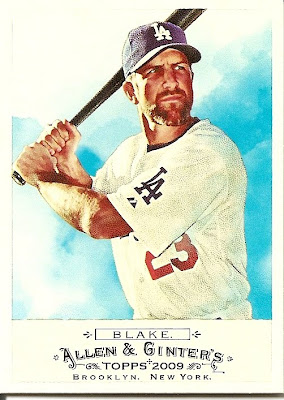 Last year when Casey was still in Cleveland I saw him in Perkins eating with his kids. On TV he looks like a lot of other ballplayers. Up close he looks every bit the guy considered the best high school athlete in Iowa history. You might remember that Dan Gable is from Iowa. 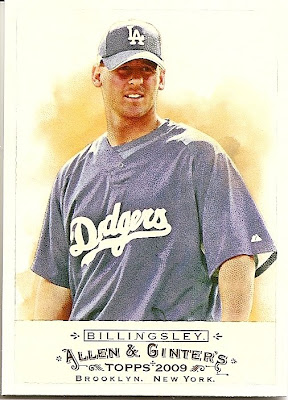 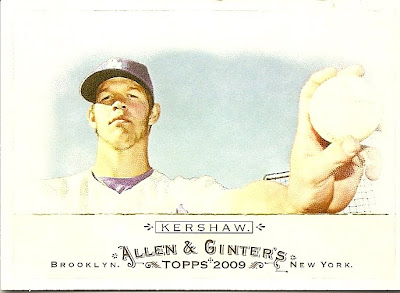 I just like to look at the cards of 2 of the guys that I heard might be involved in the Cliff Lee trade. That's what we do in Cleveland. We torture ourselves.

By the way, how's Cliff working out for Philly? Anyone know?

Now on to the Bowman's Best. I was unfamiliar with this set. I didn't know what the cards looked like. And, I didn't know how expensive a box is. If not for this break I might never have known. That would have sucked. They are some of my favorite cards I've ever gotten. 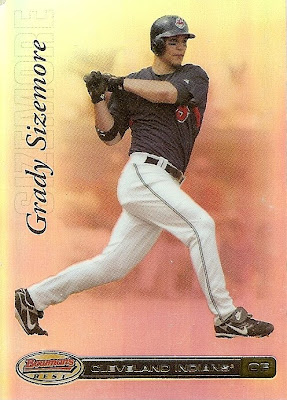 Of course you knew that Sizemore was going up there. 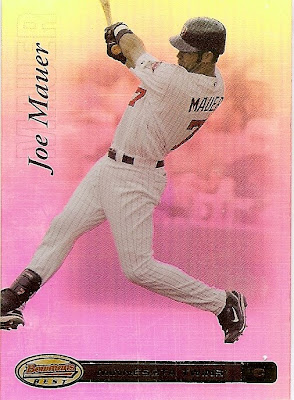 It's also not a bad idea to put the eventual MVP up here either. I refuse to accept that there are enough stupid baseball writers out there that Teixiera might win. 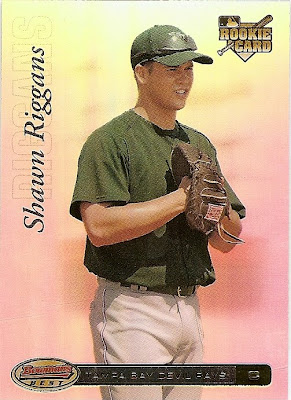 I don't know this guy, but hey...numbered rookie card. 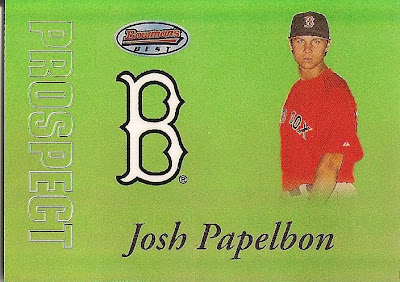 Even though I hate the Red Sox I was excited to get this rookie card of Jonathan Papelbon in some kind of green parallel numbered to 249. It's a really sweet card of one of the best closers in the game. You can't complain about that, am I right? This guy is...wait...huh?

Why does it say Josh? His name is Jonathan, right?

Yeah, that must be him. There must be some kind of mistake on the card. Josh Papelbon is a 26 year old who's still in A ball so they wouldn't make a card of him.

Yeah, that's right. It's Jonathan. Case solved. They just wrote the wrong name. Could happen to anyone. 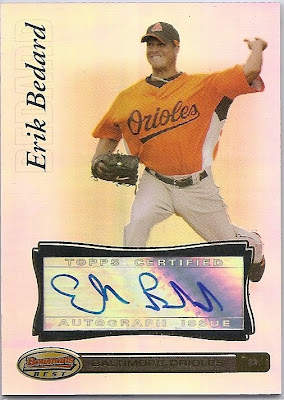 Eric Bedard Auto. I wonder if this is still Beardy bait? 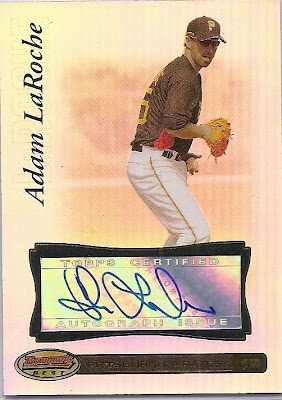 Adam LaRoche Auto. I lost track of where the hell this guy is. I just know he's not in Pittsburgh anymore, which is a good thing for anybody.

There was more stuff but that's all I scanned.

Thanks for the breaks Stusigpi. I love the stuff that you pick out. Good times.

Personally, I don't agree with all of the terrible things that The Bearded One says about you. I think you're a great guy.
Posted by Motherscratcher at 7:30 AM