The following is what transpired 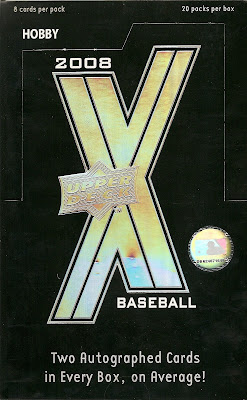 Here's the box. It's all black and whatnot with a big silver X on the front. But I don't need to tell you. You can see that for yourself. I'm not going back to erase it though. We're already past it. Just move on, dudes. 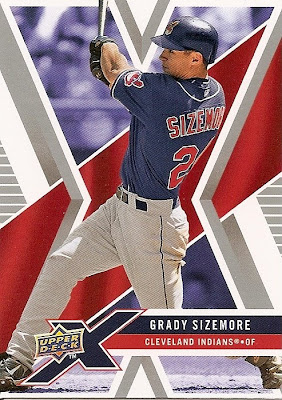 Was there any doubt as to who I would choose to represent the base cards? 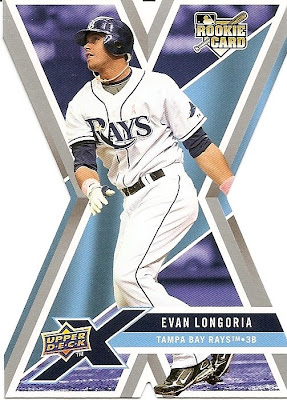 This is exactly like the base cards but they are cut out into the shape of an 'X'. They used either some guy with a very steady hand, or a machine. Maybe they used a laser machine. I'm sure most of you know how they do it. I just never thought about it before, and I'm not about to look it up now.

And, no, I don't really think that they might have used some dude with a sharp pair of scissors or an exacto knife. you're not dealing with morons here. 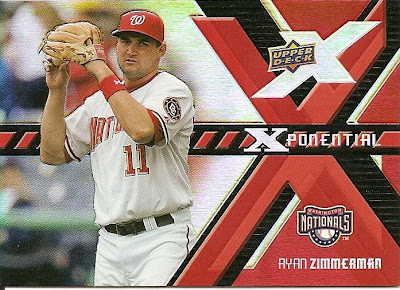 I love Ryan Zimmerman. That's why I got him on my fantasy team...last year. When he kind of sucked. 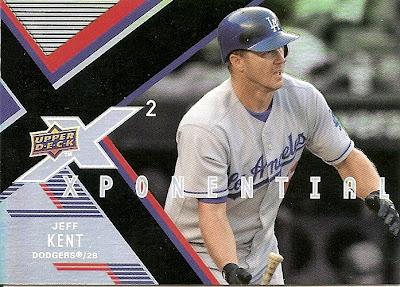 I figured I would be remiss if I didn't try to include Beardy's favorite player. 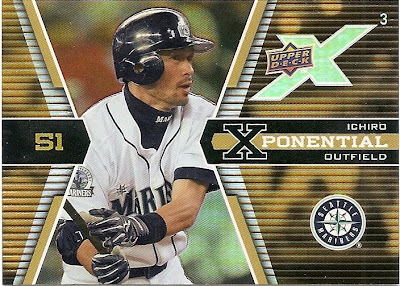 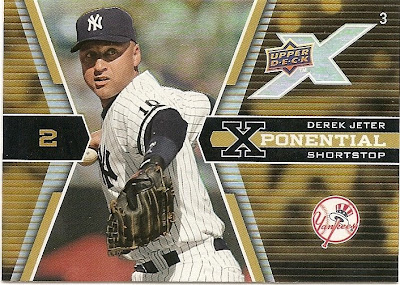 I got 2 of these cards. It seems that the higher the number you get the harder the pull. 3 is pretty high, therefore I only got 2 of them. It fits right in there between 2 and 4. Like I said, you're not dealing with morons. 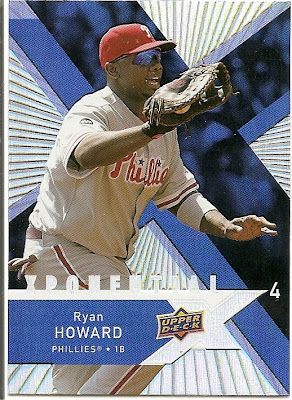 This is the only Xp 4 in the box. All of the Xponential variation cards are pretty shiny. They're all pretty much the same too. I'm having trouble figuring out what the hell the difference is between everything. They are only baseball cards in the academic sense; shiny and X shaped, and they had once been made of cardboard.

I'm also not sure why Upper Deck picked the letter 'X' to focus on. Not that there's anything wrong with 'X'. Why not 'Q', or 'F' or something? I guess it's so they could make "Xponential" variations, although I think Qponential is more fun to say, even if it doesn't really mean anything.

But let's get to the good stuff. What everyone has been patiently waiting for through my nonsensical ramblings. The 2 autograph cards. 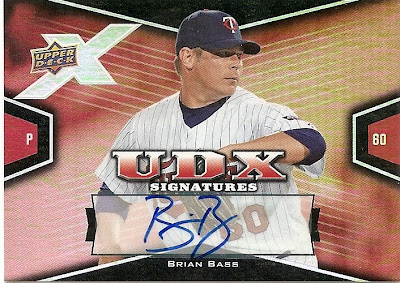 This dude is a Baltimore reliever now, although he was with the Twins for the purposes of this card. I'm not sure it really matters. Brian Bass isn't the type of pull that makes you want to run over to Freedom Cardboard and yell mojo all over the damn place.

But, we know the next one will be better. The hit of the box. 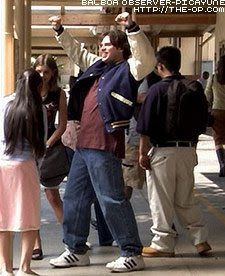 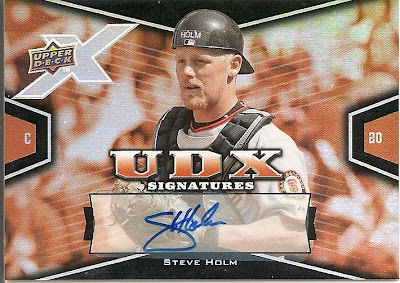 Damn, I was excited there for a second. I thought I pulled a Steve Holt auto. That would have been awesome.

Instead I got another guy who I haven't heard of. Oh well. Pujols doesn't hit a home run every time either.

I figure I'll show my kid the die cuts. Then I'll give him some of those round tipped scissors and the base cards and see what he can do. I'm pretty sure he'll just end up trying to eat everything though, which I doubt will hurt the value very much.

It was a fun break, though. It always is.


Oh yeah, I got 4 of those dumb ass Yankee Stadium Legacy cards too.
Posted by Motherscratcher at 12:33 PM

Ha, nice break. I don't really mind the product all that much. It's cheap, and the hits suck... BUT it's better than expensive products with crappy hits, right?

I like the 09 more, simply because I prefer my crappy, guys-I-never-heard-of hits to be relics, because I can't obtain those TTM.

As far as TTM...how do you know unless you've tried. Maybe you should try to send a card to a player and instead of sending a pen, send some scissors. Ask them to cut off a little piece of clothing, uniform, hair, etc. and glue it onto the card.

I think I may be on to something here.

I like the UDX... Then again, I have a lot of issues... Nice break! Weird autos.