I Am Joe Collector has group breaks. I have serious doubts that there is a single person reading this that isn't aware of his blog or the breaks. But, just in case some new collector is here by accident, seriously, check it out and get in on the action.

Jeff busts some of the coolest stuff around. You won't get a better variety of group breaks or just breaks in general that he does for himself. I try to get in on anything baseball and the occasional football break as well.

A while back I got my loot for the baseball group breaks of June and July. I kept meaning to post it but I kept not doing it. Partly because I'm lazy but also because the kid has been waking up more at night and I've been tired.

But anyway, with the newest batch set to arrive shortly (it might even get here before this post is up, assuming I even got anything. I honestly can't remember for sure and I don't feel like going to watch the videos again right now) I figured I better get the first stuff up on the blog for all the world to see. And there's some stuff worth seeing.

Most of you know that I'm a Tribe fan, but David at Tribcards gets the Indians in these breaks (as it should be. David is one of the Godfathers of card bloggers and is the most generous blogger out there. Also, his collection is focused more solely on Indians while I like a lot of players from other teams too.) So I picked the Dodgers, mainly because I like Manny, and they have a lot of exciting young players as well as a great history. I figured I'd get stuff to trade with Night Owl and GCRL too.

In fact, GCRL and I are trading teams for the September break. So, as you can see, good times all around.

Anyway, here's what I got from the I Am Joe Collector group break: 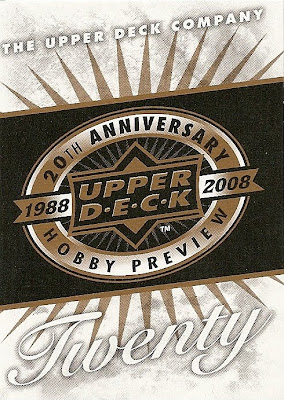 I wanted to show this because it's worth $10. I can't for the life of me remember which blog it was on, but someone auctioned one of these off for $10 because it is "thick". I'm crappin' you negative. The best part is that it appeared that someone bought it.

Update: Here is the link to the post at Waxaholic. Thanks for the help, dude.

And Stusigpi sent my cards wrapped in 4 of these to keep them from getting dinged. He used $40 worth of shipping materials! Hell of a guy. Just one hell of a guy. 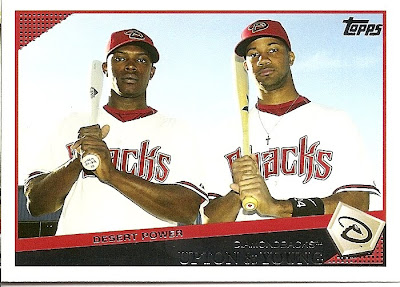 This is a bonus card. I think that nobody had the Diamondbacks so some of us (maybe all of us, I'm not sure) got some extras. This is one of the cards I got. I show it because I got a little excited about the Ripkenesque appearance of the knob on the bat Upton's hold. On close inspection it is nothing. 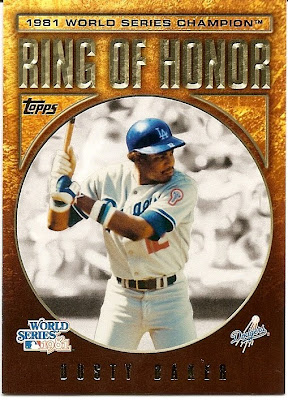 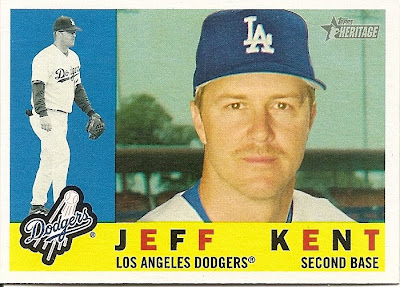 I will always try to find away to post Beady's favorite player. 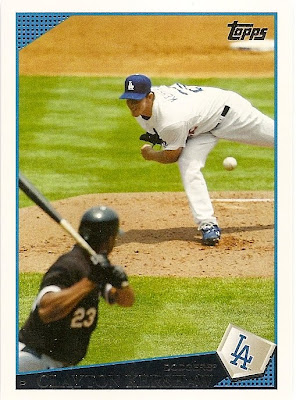 I stare at my Clayton Kershaw card and think hopefully toward the future day when I can jump into my time machine, go back to about 3 weeks ago, and hold a gun to Mark Shapiro's head, forcing him to accepted the reported trade of Cliff Lee to the Dodgers that involved Clayton Kershaw.

Eh, I guess the single A pitcher with the sore arm is probably just as good. 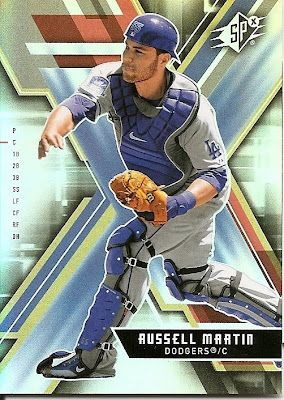 The Break involve SPX. Every Upper Deck card I get now I inspect to see how much worse it would be without the logo. This card would pass muster. 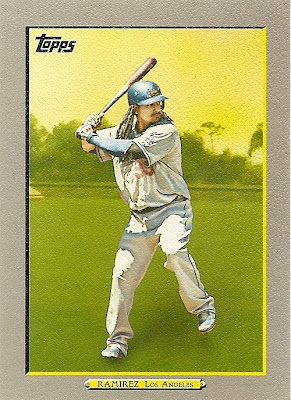 I love me some Turkey Red. I also got the Kemp. 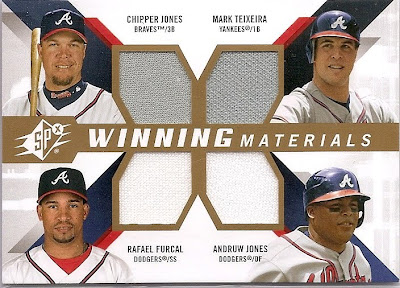 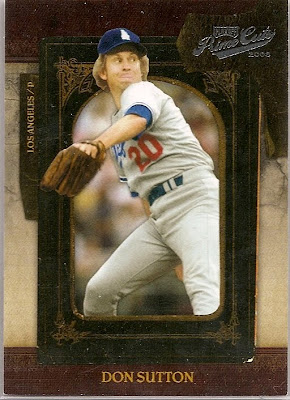 You can't go wrong when Prime Cuts is involved. The Sutton is numbered 040/249. 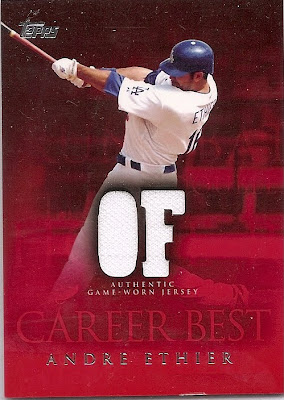 I can't think of much to say about this Ethier card. 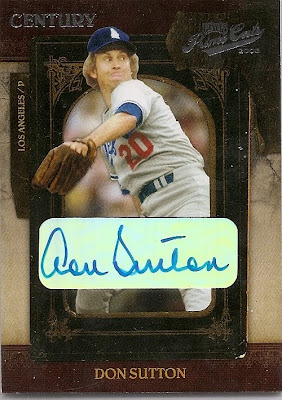 I really do seem to make out pretty well most of the time in these breaks.

They are usually under $20 and look what I got! Seriously, check it out. I think there are probably still some unclaimed teams.
Posted by Motherscratcher at 1:50 PM

Hmm, some intriguing cards there that I know I'd like. Do I have any comperable Indians to trade at the moment? Not really. But I'm intrigued. That counts for something right?

1st, that was Waxaholic that posted that Upper Deck auction. I've been saving them ever since.

3rd, I still can't believe that a card with four Braves on it went to the Dodgers. Little bitter. But I feel much better now....

That 4 player card was the weirdest thing ever. Showing them all in braves uniforms and then listing them as Dodgers, a yank and a brave. Oh well. Maybe that Eddie mathews Prime cuts card will make the captain feel better.

Captcha: Glymagg, no particular significance other than I have gotten one very close to this one before except it was glymaggm

Those are some nice cards, you did well. Were the Dodgers just random for you, or are they your second favorite team? Are you a Manny stalker?

Night Owl - Yes, that counts for something. I'm not sure what, but something.

El Capitan - You know, I thought it was yours. I scanned your posts from June and July and I missed it. I figured I must be wrong and have the wrong blog. I think I missed it because I was looking for a scan of the card in your post.

As far as the quad goes, I guess it could have gone to either of us. I trust Stusigpi made the right judgement , though. He is a lawyer, you know.

That being said, I guess it would only be fair if we rochambeau for it.
http://www.urbandictionary.com/define.php?term=rochambeau&defid=1313605

Beardy - Yes, they are my second favorite team. It breaks down like this behind the Indians:

I do like Manny. I can't help it. I just picked a team that would potentially have some good hits now, or if the break was older stuff.

Ok, so you are taking the Twinkies and GCRL is taking the Dodgers for September? Hmmm. Anyway, could you please post that on the September Break Post on my blog? Crazy group break participants and their crazy schemes.

these are very nice and have triggered a salivatory response. here's hoping there are some dodger gems in icons and finest!