As part of the Bad Wax box busters deal, Mike sent everyone a surprise pack of cards to go along with the main packs. My extra pack was another pack of 2002 Vintage, which is great because I like them a lot. What can I say, I like black borders.

First I got an extra surprise; this Giant 2000 Bowman Chrome Alfanso Soriano. It's bigger than a regular card and I can't remember what it's called (and I'm too lazy to look it up right now). I'd forgotten that Alfi was a Yankee. The card is sweet. Shiny as hell. I got this because a few weeks back I won a contest. It was very difficult. Basically, if memory serves, I was the first person to comment on the post so I got the card. So yeah...I EARNED IT! 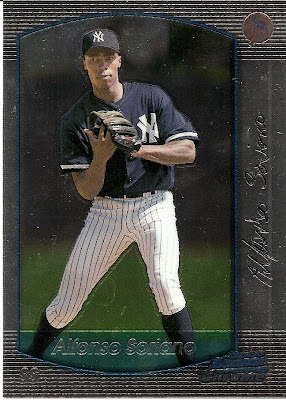 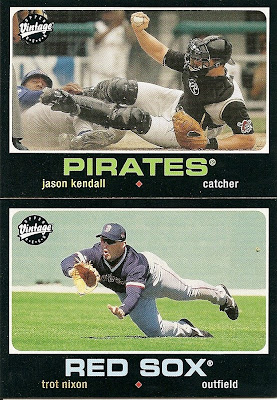 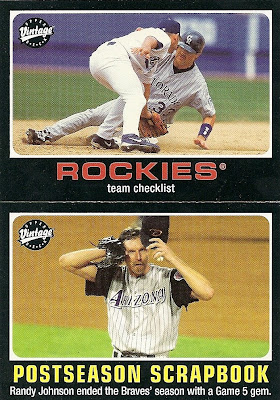 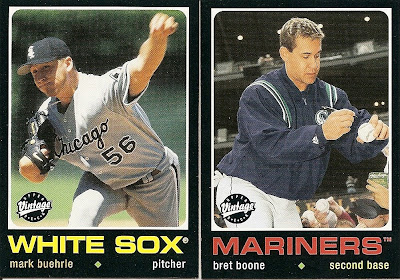 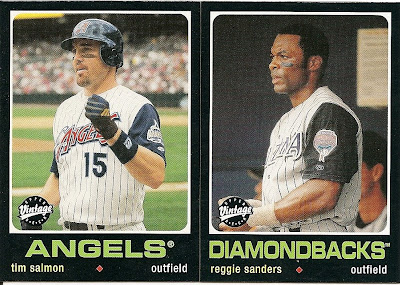 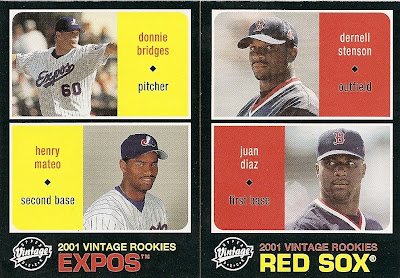 Not too bad of a pack. It would have been a lot better back in 2002 with Johnson, Salmon, and Boone. And another Dernell Stenson. That makes 2 in the Bad Wax packs. I'd never heard of the guy. He was murdered shortly after getting his first taste of the majors. It's very sad and, truthfully, deserves it's own post. I'm glad to have a few of Dernell's cards.

Thanks for the break Mike, and the bonus pack, and especially my hard earned giant shiny Soriano.
Posted by Motherscratcher at 11:31 AM

I am hereby petitioning you to add a followers section to your blog. That way I can become one, and when you update your page (once a month at best it seems) I can see said update on my blogger dashboard page.