As I sit here scanning these cards in I'm drinking a Great Lakes Commodore Perry India Pale Ale. Grady Sizemore is off the DL and back in center field. The Tribe snapped a losing streak that treatened my very sanity. My wife is upstairs asleep and since I'm off tomorrow morning she won't have to get up tonight at all. I'm playing with my baseball cards and I'm listening to my son Grady snore his little baby snores through the monitor. Life might get better than this at some point...but I don't see how.

*Shysterball (I think) said something about hearing his kid through the monitor a few days ago. I don't know if I'd appreciate this seemingly insignificant moment in my life without him...so thanks dude.

OK now on to the important stuff...the cards. 4 packs from Bad Wax. 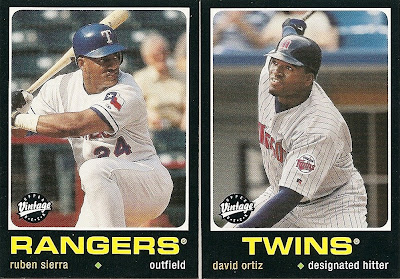 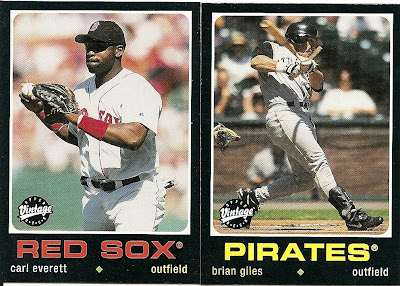 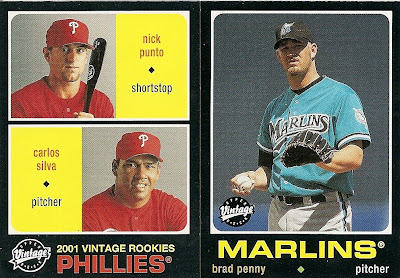 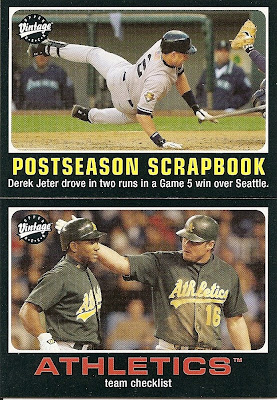 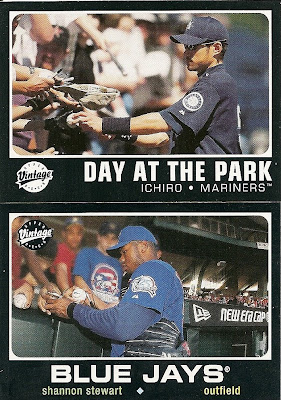 Analysis: Overall not too bad. I have a feeling that I could have done better on the rookie card than Punto and Silva. But I did get a Carl Everett, and that means I get to think about how he believes that Dinosaurs sisn't exist and scientists made their bones in a lab. Good Times. I'm always happy to pull an Ichiro card too. 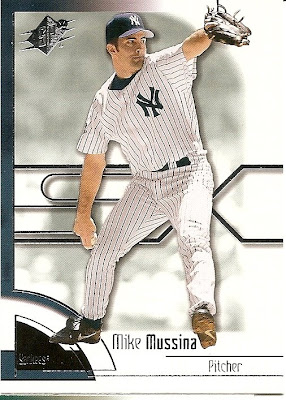 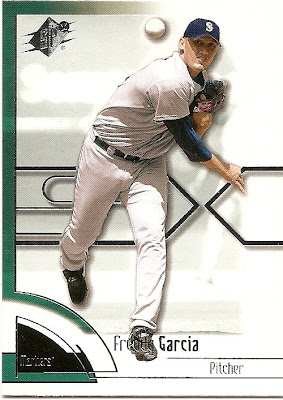 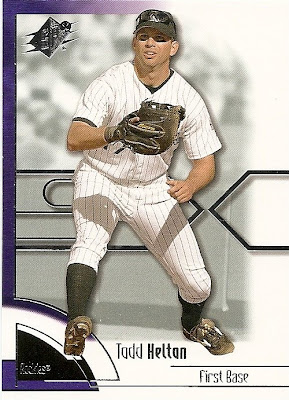 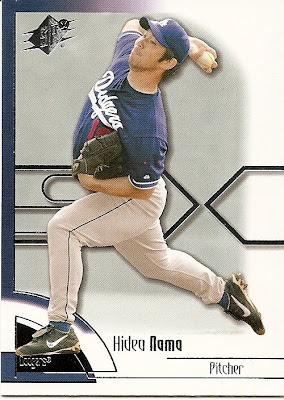 Analysis: Not a bad pack with the Mussina and Helton. I have to respect Mussina for striking out 30 Indians in 2 games...even though the Indians won both. Still impressive. 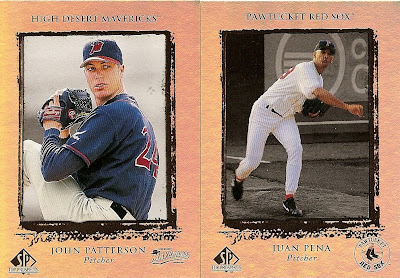 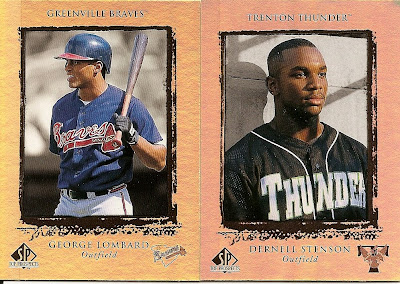 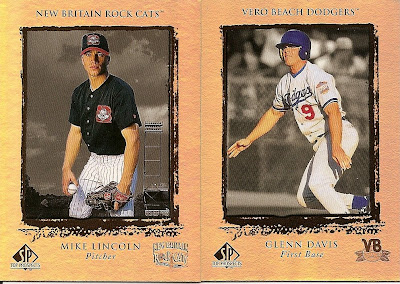 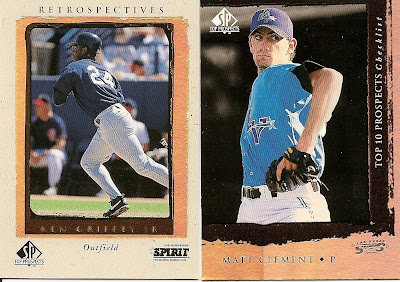 Analysis: I have mixed feelings here. On the one hand, the cards are very shiny gold and look quite awesome. Really kick ass looking. On the other hand I don't know who any of these people are, and considering it was a decadeago, I probably should't hold out too much hope. 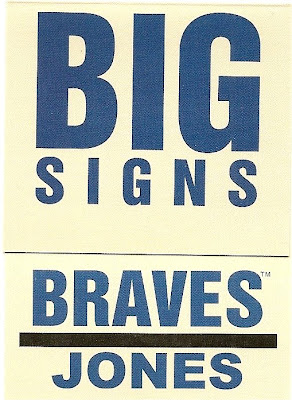 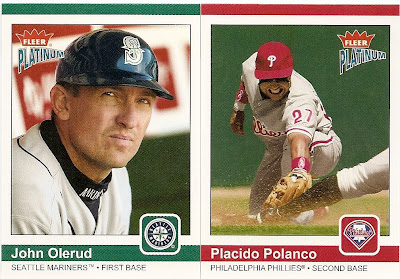 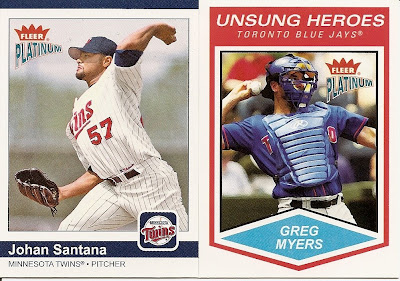 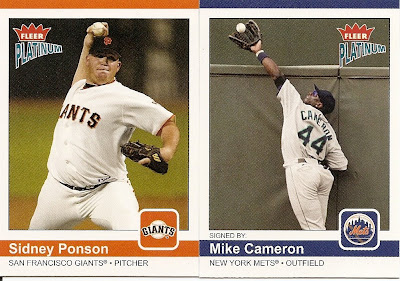 Analysis - This is a really nice pack. I have no idea what the odds on pulling that Chipper Jones travesty they are caling a card, but I do know someone who might liek it and it's going in his pile. Johan Santana is good too.

My favorite here is the John Olerud for a couple of reasons. 1: I like to think about the story (unfortunately not true, but still funny) about Olerud and Henderson. B: I think he looks a little like that guy who plays the bad South African in Lethal Weapon 2.

Overall - Nothing too great here. Just some normal packs of baseball cards. Nothing wrong with that.
Posted by Motherscratcher at 1:27 AM