Here is my break of 2003 Fleer E-X. If I had known they were this cool looking, I might have gotten more than 1 pack 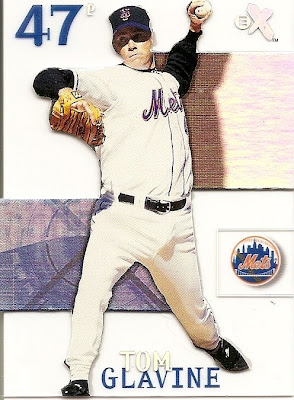 Tom just doesn't look right in the Mets uniform. Of course he might prefer that to the Braves uniform right now, but I have a feeling he'll be over it in 5 years when he wears his Braves cap to the HOF ceremony. 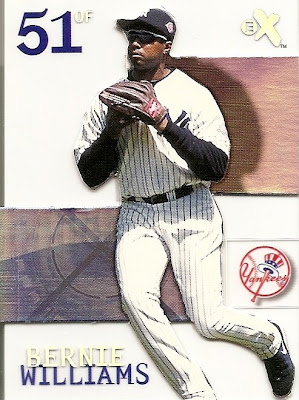 And my streak of pulling a Yankee in 21,573 straight packs remains intact. 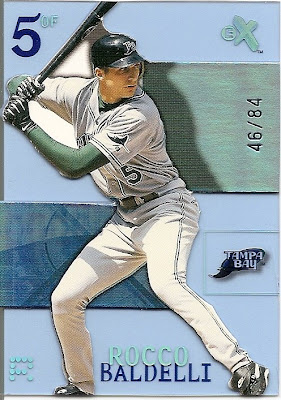 
No, I've told you before I will not stop making that joke.


Not a bad pack. You can't complain when you get an SP, right? Probably not the best pack in the break but again, far from the worst.
Posted by Motherscratcher at 2:42 PM

Everyone loves this set, I am going to try and get more. Nice break, I love the Baldelli! I should have gotten more than one pack too.