I always liked Masterpieces. Not as much as Turkey Red, but still really cool looking cards. I never really considered getting a box until I was brainwashed into it when I Am Joe Collector busted what seemed like 8 cases of the stuff. I would go to his site to see box after box of cool parallels and Game Used cards and autos. This set was really nice. So, I got a box. 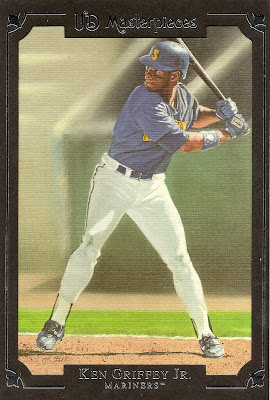 This is really nice, but I still have no damn idea what the heck I'm supposed to do with these things. For now it's just kicking around and getting in the way, right along with my Johan Santana Cabinet card. 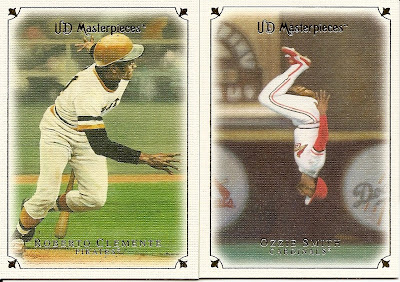 I wanted to get a few of the base cards that I liked in there. I'll have to check but I think this may be the only Clemente card that I have. Imagine that, a baseball card collector without a single Clemente. I'm glad that wrong is now righted.

The Ozzie Smith card is cool because he is in mid flip. 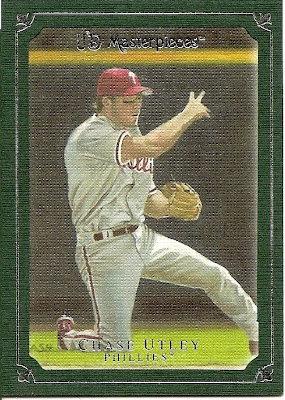 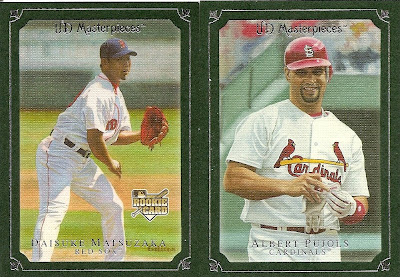 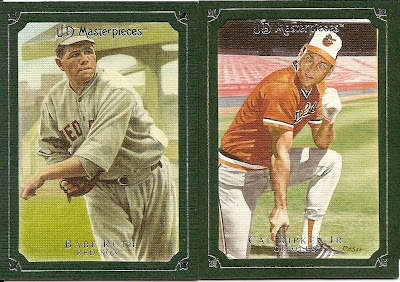 I got 5 of these Green Linen cards and did really well. It's tough to argue with the 5 guys I pulled. 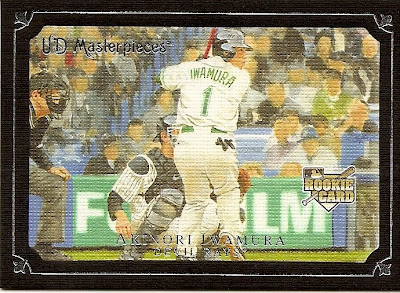 Nothing to say here. 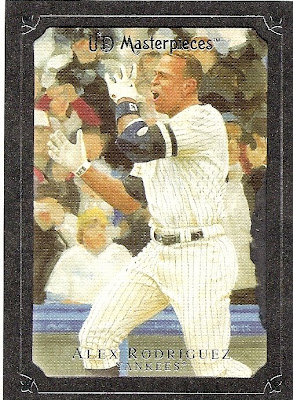 How funny is it that UD stole a parallel card name from Zoolander. I have mixed feelings about this card. On the one hand, it's A-Rod. On the other hand, there are probably a lot of people who would want it so maybe I could trade it for something cool.

At least they made him look a little douchey. 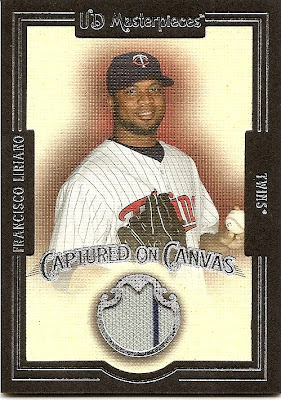 These are really cool game used cards. This one even has a little line going down the patch, which is nice. 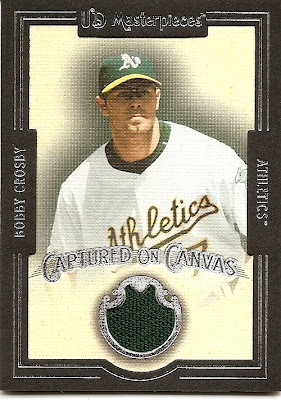 Nothing to say about Bobby 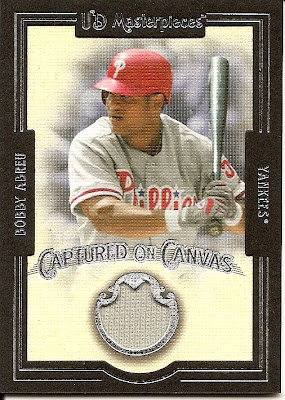 And now the moment you've all been waiting for. The awesome auto card. Who did I get? Pujols? Sizemore? Jeter?.... 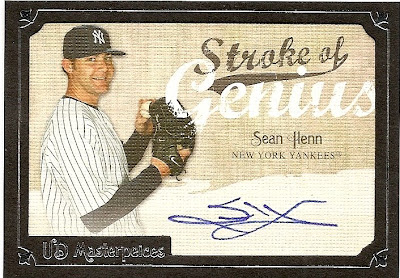 I looked at the checklist and I couldn't find a worse pull than this. It isn't really even close. How the heck did this chump get a card? Not only is he a Yankee, but he's a Yankee that nobody's ever heard of. For crying out loud he was released last year from the Padres.

Look at him there smiling that "I can't believe they are giving me an auto in this set" smile. Bummer, man. This is a bummer.

Over all I still like these boxes. I'm glad I got it. At around $45 bucks a box you can't beat it for 3 GU and an auto and some cool parallels. I would not hesitate to get another box or 2. I figure I can't to any worse on the auto, right?
Posted by Motherscratcher at 11:05 AM

Nice Break! Would you trade the Cal Ripken jr. card? If so please drop me an email.

Aw man, I want the Ripken too. THat's what I get for snoozin.

You got totally shafted on the auto. That's a horrible one! One of the worst I've seen.

Man, that was a weak auto, but otherwise you did pretty well. Masterpieces will be greatly missed.

ok,I can't possibly make this up but the word verification is:

The autos are cool even when they are crappy, but it still hurts when you pull a card like this.

I am slowly being worn down by this set and am seriously considering a case of 08. Bleh!

A Little douchey? A-Rod appears to be in full-on Miz mode, for all you wrestling fans out there.

And, uhmm... totally grasping at straws for something positive about your autograph (s)...hit, but uhh, at least he has a cool looking sig?