Fragile - That must be Italian

Thorzul had a little contest about a month back and I won. How you ask? Brain power.

And what did I win? Well, I thought it might be a bowling alley or something. It could have been electric sex glowing in the middle of the living room window. It could have been Prince Fielder's unused left over frozen ground beef. There was just no way of knowing.

When I returned from my sabbatical down to the land of Dayf and Dubbs, I found my award awaiting me in the mailbox.

The game in question was a June 12th 7 - 2 win by the Brewers over the White Sox. The prize was 2 cards. 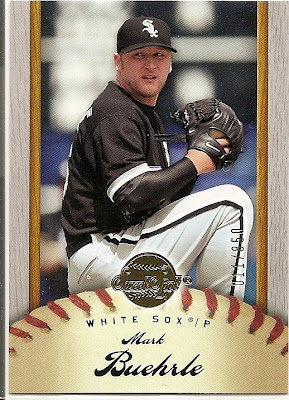 The first card is a 2007 Sweet Spot Mark Buehrle 011/850. Maybe if Mark had been pitching that night, the outcome would have been different. Then again with DJ Carrasco giving up 4 runs in 1/3 of an inning it probably wouldn't have mattered much in the end.

I get why this was the prize because Mark is probably the best player you can pull from the White Sox. This is a cool card. I always like Sweet Spot when I get my hands on it.

The other card makes a little less sense. 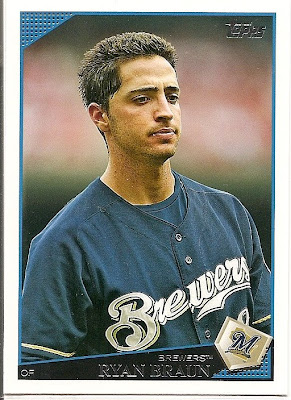 Here we have a 2009 Topps Chris Cornell. I didn't realize that Topps included the former Soundgarden frontman in the set. 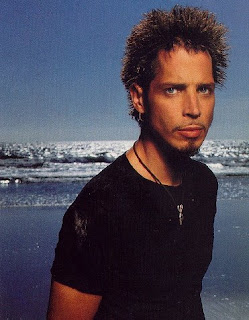 Here he is standing in a tee shirt on some kind of ice berg or something. Look at all of that angst! Dude is just full of angst.

I didn't know he was a Brewers fan. I always just assumed the Mariners, you know? I was in high school during the whole Seattle grunge thing and my musical tastes mostly arrested right there, so this Cornell card is right up my alley.

Thanks Thorzul for the contest and the prize. Good times, man. Good Times.
Posted by Motherscratcher at 10:28 PM

Damn, hell, you say won it?