To Picasa Or Not To Picasa

I'd like to scan all of these cards in for people to access so that they can salivate over the awesomeness and send me emails offering trades that will be returned promptly (within 5 weeks).

Here's the question that I'm throwing to you, brilliant readers and fans of ACB. What is the best medium to scan the cards to? I came up with the 2 obvious ideas:

1. Just scan them to a blog post and make a link at the side.

2. Scan them to Picasa and make a link.

3. A better option I haven't thought of.

I haven't used Picasa before but people have told me it's good. Would that be easier or better somehow?

Question #2 is; what it the best way to list wantlists? Just in blog post with links? Or, is it better to use one of those Google Documents spreadsheet things? Opinions will be greatly appreciated.

For the time being, I've decided to scan some of the sweet cards that will be available for trade upon completion of this little project...sometime in 2011. 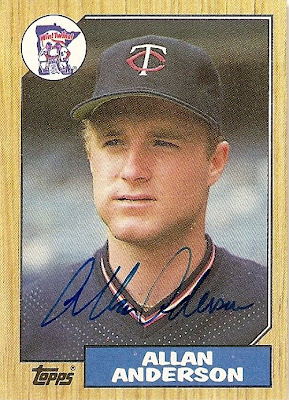 I got this auto myself (I think). I'd trade one because I have 2 of them. I'm 87% certain that Allan signed them, although it is possible that I signed them myself. It just doesn't look like a 12 year old's writing. Yeah, I'm going with legit. I could probably get a few hundred on Craigslist for this baby. 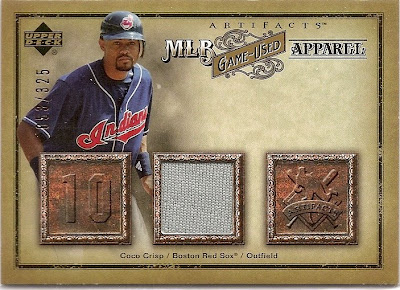 I must be tempted with a truly great card to give this one up, as Crisp is in a Tribe uniform. 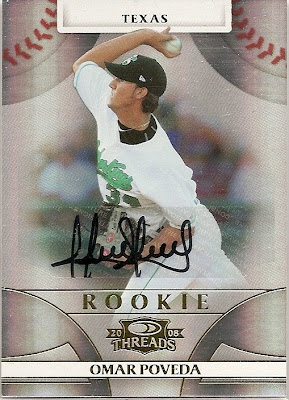 That's right, less than 1000 made of this future Hall Of Famer. 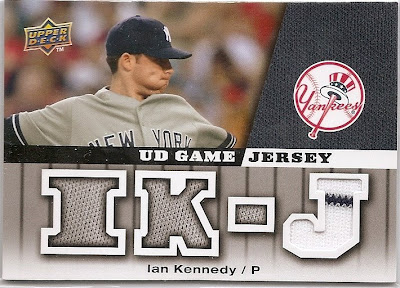 Can you believe that I'd even consider parting with such a rare and glorious card? Ian Kennedy might be the best pitching prospect of the last 50 years. He's can't miss. I'd have to check with Beckett but I could probably get at least $250 for this card.

So, that's just a little sample of the awesome cards that will be available for trade in a few short years after I make a decision on the format and get them scanned. Just be warned, I'm not letting these go for cheap. Be prepared to overwhelm me to pry some of these loose.

Any and all advice would be taken into consideration on future trades.
Posted by Motherscratcher at 12:38 PM

I'd be more than happy to try and pry some of these prospect cards away from you.

So yeah, we can probably make something work.

Nice try but we know our cards lol

I for one, am not a big fan of the google sheets, but that's me. You'll probably chalk it up to me being Canadian.
as for wantlists, either a blog link, or use Zistle. That's what all the cool kids are doing now. They even let me use it.

I have problems getting access to some other bloggers' google sheets, I'm not sure why. Just me being clueless, I suppose.

Blog link works perfectly for me. Some swear by Zistle.

I have no incentive to do the Picassa thing, but more power to you if you go ahead with it.

However, if you're going to display Dodgers, I recommend you simply email the photos to me and I'll take care of the rest. And by "the rest" I mean offering you my entire stack of 2006 Indians doubles for all your Dodgers goodies.

Google Docs requires a few hoop-jumping steps in order to save your sheets where the public can see 'em. I created posts with older dates on them, then posted links to those posts. I have pulled the direct links to the posts since I havven't updated in 150 years, though.

I love Picasa because it is easy to use and you get a lot of storage for free. It's easy to embed/link to your albums, too. I'm something like Flickr works just as well.

I use Picasa for my scans of my collections. They are easy to load to, right from the desktop Picasa application, so there are very few hoops to jump through.