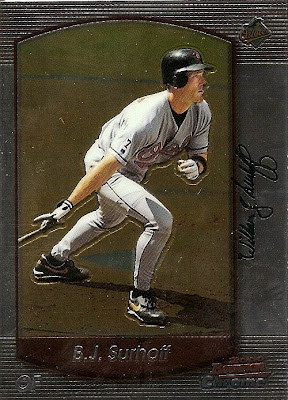 B.J Surhoff #67 Not a terrible first pull. Even after all of these years my brain STILL wants to call him Shuroff. Never quite got over that. 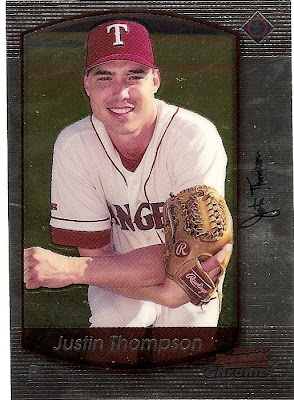 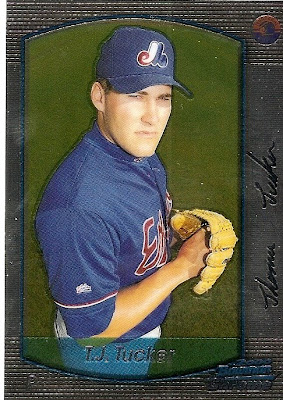 T.J. Tucker #275 Look at T.J. He sure doesn't look like he's screwing around, does he? Maybe he should have loosened up a bit. Then maybe I'd have heard of him before. 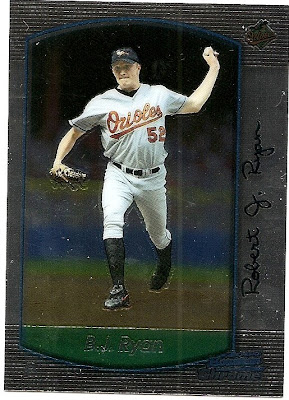 B.J. Ryan #295 Man, I sure got a lot of players with initials instead of first names.

Pack Prognosis: 2.5/5 due to pulling Shuroff and the novelty of all of the initials. 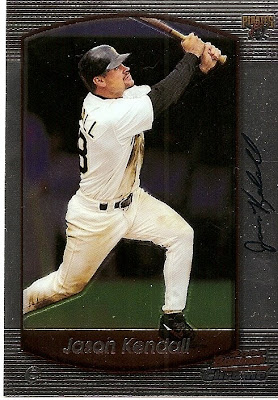 Jason Kendall #128 Could be worse 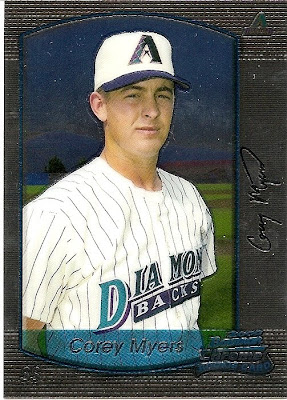 Corey Myers #183 Here's Corey Myers looking every bit the player that I've never heard of 9 years after this card. 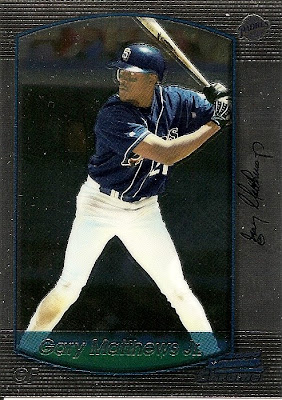 Gary Matthews Jr. #262 Great. A player that I've at least heard of and had a few good years in the majors. 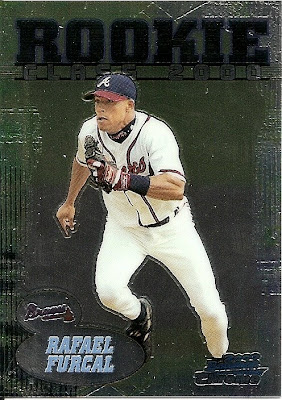 Rafael Furcal Rookie Class #RC9 Sweet. Some Kind of parallel. And, a player I've heard of too.


Pack Prognosis 3/5 - A little better than the first one due ot the Furcal, but still not nearly as good as some of the others. At least I hope not. It this is the best that we have to offer, than why did we even bother?
Posted by Motherscratcher at 8:00 AM