Here we are, already 1/3 of the way through the Turk-Off and we are no closer to uncovering the favorite. This has been as even as even could be. Even Steven, if you will. We are tied 3-3 despite Beardy's shameful effort to circumvent the Commissioner's fair, wise, and just decision on the monstrosity that is the A-Rod Roid to 500 card. Frankly, I was a little embarrassed for him.

I've seen that Beardy has already posted 7&8 but I haven't looked to see his point total. I have it on semi-reliable authority (Beardy himself) that his packs were less than stellar and now's my chance to make my move. I have no doubt that I have an A-Roid card just waiting to rear it's ugly pointless head at the exact wrong moment. we shall see. On to the cards: 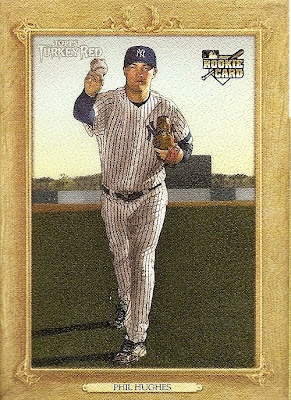 #144 Jermaine Dye 0pts (The first thing I saw on this card was pinstripes and I almost puked)
#5 Cole Hamels 0pts
#TRR JW Jered Weaver Relic 10pts (My first big hit. Jered Weaver. Don't get me wrong, I'm happy to have the points, but I'm underwhelmed. I hope I didn't wast this on a pack where Beardy got like 2 pts) 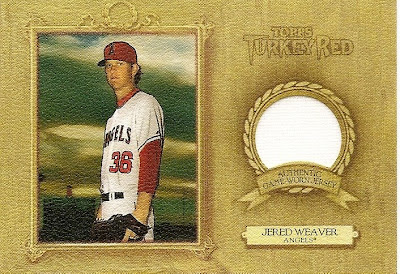 #164 Jorge Posada -1pts (WTF man? Are there 2 Yankees in every pack or something? I already have a freakin' Posada. This isn't even about the Turk-Off anymore. Enough with the Yankees already.) 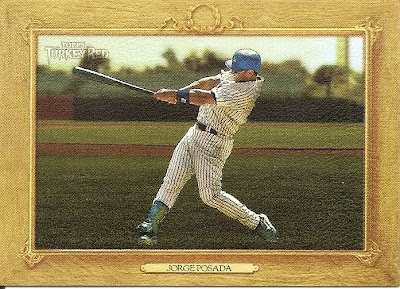 #131 Jose Jose Jose Jose! 0pts (Another double)
#50 Jason Giambi -1pts (I'm seriously getting pissed. If I lose this pack even though I got a relic I'm finding whoever collated it and they're getting the old potato sack.) 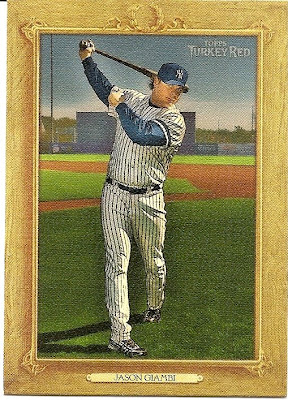 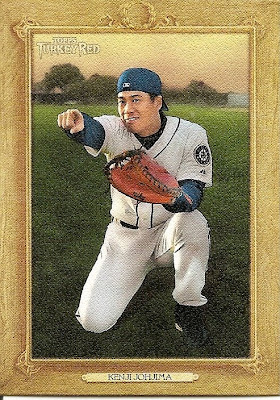 #12 Orlando Hernandez 0pts
#87 David Eckstein Chrome Refractor +5pts (Look at that guy, even the shininess of being Chrome AND a refractor can't remove all of the grit. He is one gritty SOB. He plays the game right. All of the other wonderful things announcers say about small white players with limited talent. Don't get me wrong...sweet card.) 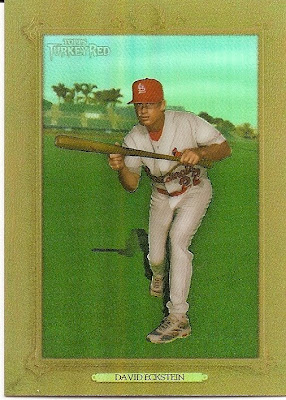 Judging by what Beardy said in his email that should be enough to take both packs. Unless, of course, he was just strategizing and trying to lull me into a false sense of security. I must admit, that would be a good strategy. If I knew that I needed a lot of points I would concentrate much harder and pull better cards probably.
Posted by Motherscratcher at 6:45 PM

I can't believe you lost the pack where you pulled a relic.

Holy Crap - Believe it. I'm from Cleveland. How many times do we have to prove that there is no situation in which we cannot pull a defeat from the jaws of victory?

Did I say that right?

You know what I mean.

This is turning into a real grudge match.

Man, I didn't realize just how many Yankees there were. Ridiculous.