More from the Bearded Crusader: 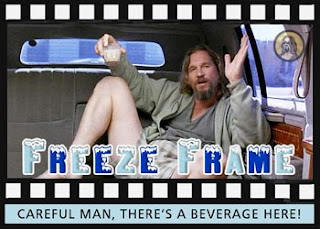 I love these original cards by Beardy. The man is so creative. Possibly the most creative in Los Angeles county. I don't want to call him a hero...because what's a hero? 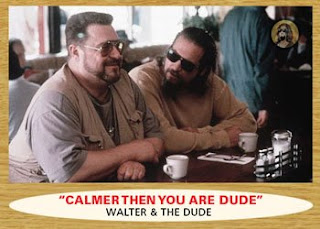 You want a toe? I can get you a toe. Believe me Dude, there are ways. 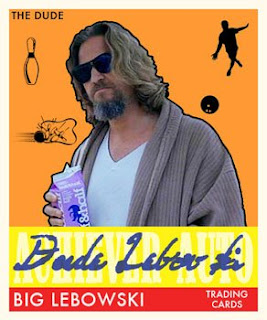 Look at that. A freakin' Goudy auto. Well done sir. This card is the cat's ass. (I don't know what this means or where it originated, but it's a good thing.) 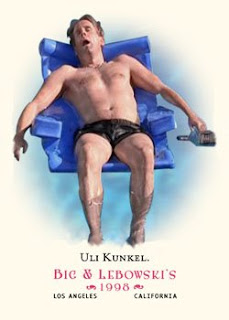 Uli is exhausted from a full day of nihilisting. 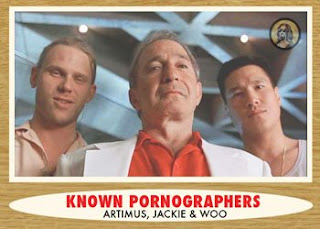 This is a fantastic card, and not only because I learned that the one guy's name is Artimus. (You'd think that a TBL authority like myself would have known that). Beardy has conveyed to me the idea of making a few T-shirts with these cards as graphics. Being a weird T-shirt type of guy, I think this is a first rate idea. For some reason I think this would make a fantastic one. Who's coming with me?

Alright, I've got one more from Beardy Coming up!
Posted by Motherscratcher at 6:00 AM

the wood grain background cards are at least inspired by '62 topps, so i don't know if you can call them "original", at least not in the parlance of our times.

thanks for getting these posted.

As I type this, I am listening to The Big Lebowski soundtrack... and dreaming of a Dude autographed Goudy card. Bad-ass!

Beardy is my hero. How can I get a copy of that card? What'll it take? A toe? You want a toe? I can get you a toe, believe me. There are ways, Dude.