I've been in so many I Am Joe Collector breaks that I don't know what is what anymore. This post is a few chosen from a stack of cards that I could only have gotten from Stusigpi. I don't know if they are from the regular monthly breaks or any of the seemingly countless extra breaks that I have been in. I'[m too lazy to go back and try to figure it out and I don't suppose anyone gives much of a crap which specific ones they came from anyway.
The cards are many and awesome. If some of the cards in this post don't inspire you to get in on one of his breaks I don't know what to tell you. You probably are here by mistake and could care less about baseball cards. You should look somewhere else for your pornography. There is none here 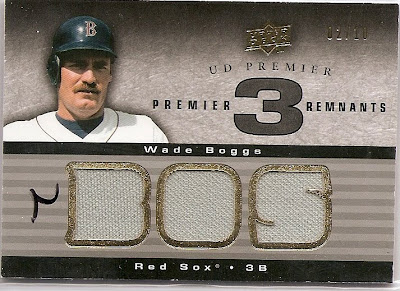 Wade Boggs Premier 02/10
I always used to love Boggs. In the late 80's batting average was the end all/be all of all statistics. Now...well I have to say that I can't think about Wade Boggs without thinking of this post at Cardboard Gods.
I remember thinking as I watched on TV that I thought it was weird for Boggs to be wearing that hat. I guess I wasn't the only one. 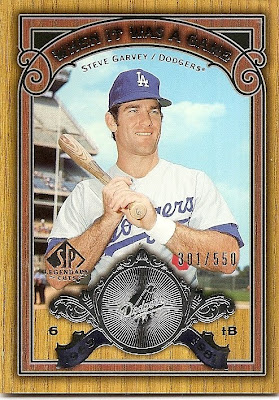 Steve Garvey Somthin er Other 301/550
It's not exactly Billy Ripken but that sure looks a little bit like someone drew a penis on the end of Steve's bat. 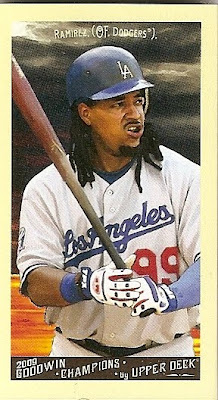 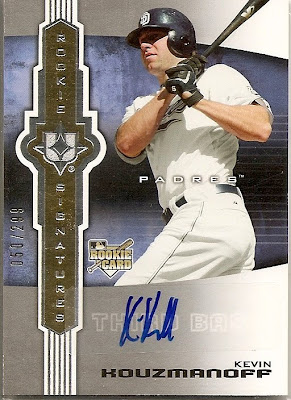 Kevin Kouzmanoff Ultimate Collection Auto 050/299
That's sweet. I like Kouz. He was an Indian for a while. Hit a HR in his first AB I believe. I was sad to see him go.
But at least we got our secondbaseman of the future in Josh Barfield for him. And even if he didn't turn out to be exactly that he's still valuable. In fact, with the weather warming up he should be over pretty soon to mow the lawn and get started on mulching the beds. 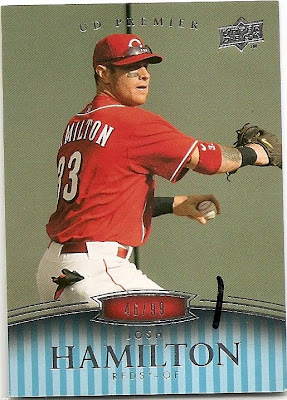 Josh Hamilton Premier 46/99
I like this guy this year. I have to. He's on my fantasy team.
And I MUST beat Beardy. I just have to. 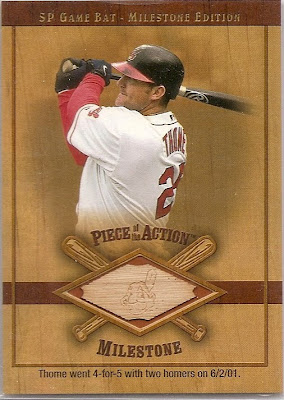 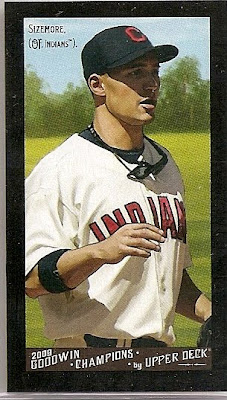 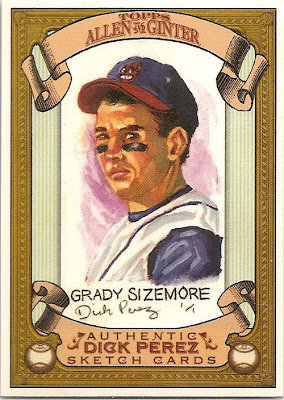 Grady Sizemore A&G Perez Sketch
I love Sizemore and I love A&G and I love Dick Perez...but...is it wrong of me to say that I think this sketch is pretty bad? 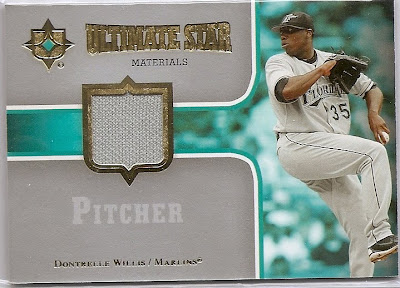 Dontrelle Willis Ultimate Collection Materials
At first I was a little disappointed to get this. But Dontrelle seems to have bounced back a little this spring. I always liked the guy so I will be pulling for him to get back to his former dominant self.
Not when he pitches against the Indians, of course. And all bets are off if the division is close. And don't count that out, dudes.
Stop laughing.
I'm serious, there's nothing to laugh about. We're good.
Oh just shut it. 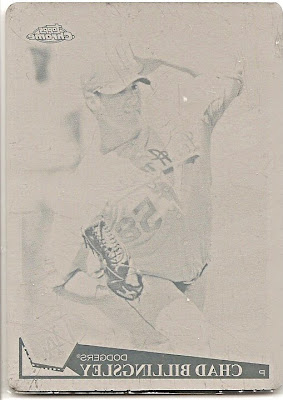 Chad Billingsly 2009 Topps Chrome Black Printing Plate 1/1
Far out. Printing plate. 1/1.
Can't complain about that. And I love Chrome. Billingsly is good too. An Ohio boy if Im' not mistaken.
Nephew of Peter I hear. 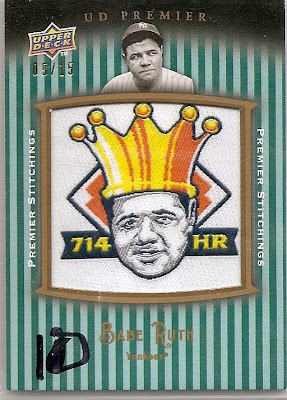 Babe Ruth Premier Stitchings 05/15
Sweet. A Babe Ruth card. This is my only Babe Ruth card actually. I just don't know why Jeff had to write "10" in huge black letters right on the front of the card. That seemed unnecessary. Don't you think?
That's a pretty good sample. I think I have another huge stack of Break Cards somewhere so there will probably be a few more posts.
Posted by Motherscratcher at 1:35 PM

Some very nice Dodger goods there -- delivered to the wrong home.

And I believe you've gotten a scribbled, um, penis mixed up with the number 6, Garvey's uniform number.

Yet somehow it's appropriate.

Missed it the first time, but upon further review:

Kouzmanoff hit a Grand Slam in his 1st at bat... May have been the 1st pitch (check w/ Sooz.)