So, it was about November or December (of 2009 smart asses) when I got these from Night Owl. For no other real reason than Night Owl rules and has one of the best, if not the best, card blogs. I'm not telling you anything you don't already know.


A few weeks later I sent out a package to him. It contained some Dodgers and some 1981 Topps cards. He was working on 1981 Topps so I sent him every card on his list that I had. I think it was only about 15 or so and I remember regretting that I didn't have more (and that what I had wasn't in great condition).


Then I went into hibernation. So, I have no idea if those cards ever got there or not. I'd be lying if I said I was 100% sure that I sent them. But, I know I pulled them out and I made the "to send to Night Owl" pile. And they aren't laying around here anywhere. So I'm like 83.2% confident that I sent them. (Let me know if you ever got anything, Greg. Or if you don't even remember) 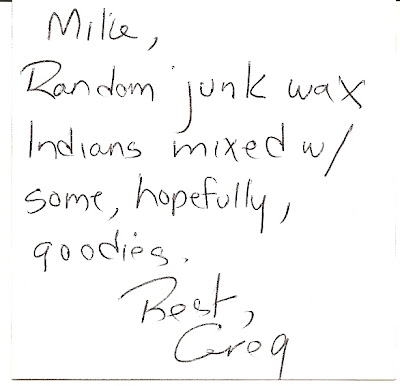 Here is the first of about 4 installments of the cards that Greg sent over. I tried to narrow it down more. I know that maybe I'd get these posts up in less than 5 months if I didn't make them so long and drawn out. I just couldn't help it. There are too many cool cards. 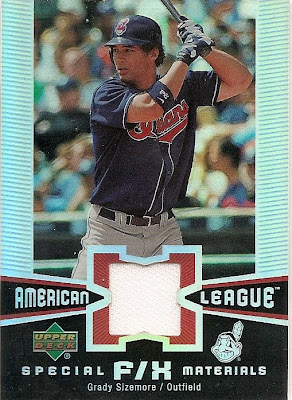 I'm not sure what set this card is from but it is clearly awesome. It's great in the scan and the scan doesn't even do it justice. It looks really cool in different light, almost Chromish or something. And, you all know I'm a sucker for Chrome.


I'm going to be so, so sad when Grady is gone. I just hope we don't trade him before his last year like we did with Cliff Lee. 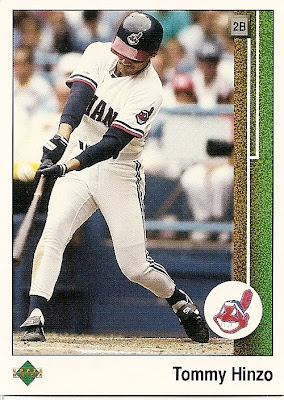 
Look at good old Tommy Hinzo with his subhelmet hat. I think there's an organization for that on some stupid blog somewhere. Some kind of alliance or something. Someone needs to get off their lazy butt and admit more members. 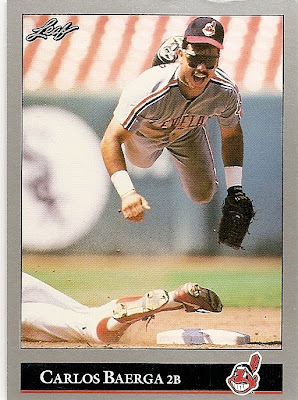 
What a great looking card. That's a sweat action shot. Man, you look at that and you might get the idea that Carlos was a great second baseman. You'd be wrong. He was not. But I can see how you'd get that idea.


Dude could hit, though. Man, for about 5 years this cat could rake. 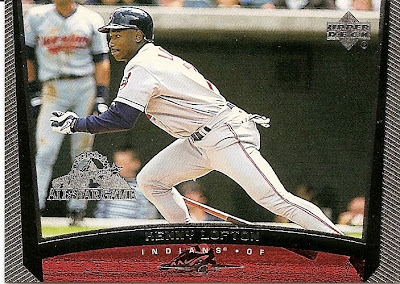 
It's hard to explain to non Indians fans the 190 pounds of awesome that was Kenny Lofton. But he was. I loved this guy. All 3 times he played for Cleveland. You'd be hard pressed to find a more beloved player in C-Town than Lofton.


On a team with Baerga, Belle, Thome, , El Presidente, and the like Lofton is the one who found himself in a place of honor on my college dorm room wall. Staring down a poster of Darren Daulten (roommate from Philadelphia.) We didn't talk about it much. We both knew who would win that battle, and there was no reason for me to rub it in. 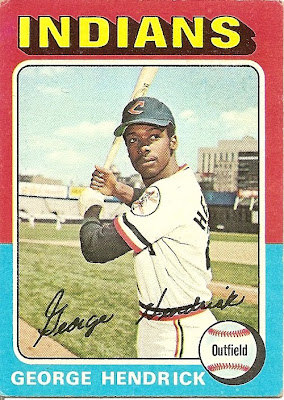 
One of the best sets ever. Yount and Brett rookies. Unique color scheme. Instantly recognizable. Just a great set. This card is just a classic. Classic pose. Empty stadium and a blue sky with airbrushed looking clouds.


Plus the hat with the crooked "C" on it. 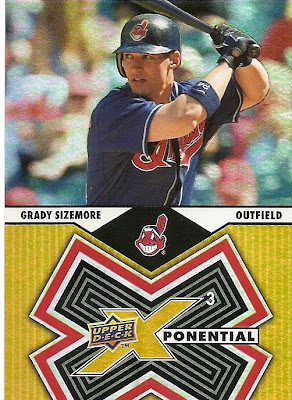 
People don't seem to like Upper Deck X. I never got why. I like it. It's cheap and the cards look shiny and cool. What more could you want?


The back tells us that Grady is a "bona fide five-tool player." I think he's proven that. Let's just hope that from now on he keeps his tool out of the coffee mug and off the internets from now on. 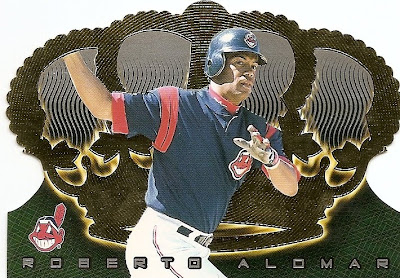 
Man, that was a hell of a double play combo. Alomar and Vizquel. Probably the best I will ever see in Cleveland in my lifetime. And I feel like I did enjoy it and appreciate it while it lasted. So often you forget to appreciate things until their too late.


But not these guys. they were good and we all knew it. 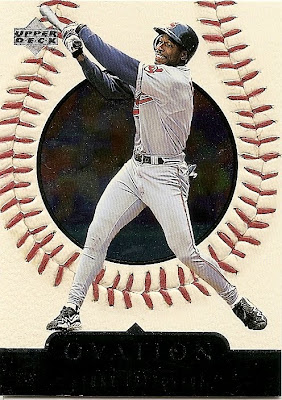 
Another Lofton. I like these Ovation cards. They look pretty good and they have a nice texture to them. You can feel the seams on the ball.


But, couldn't they have found a better picture of Kenny? I refuse to believe that this was the best cut that Kenny took. 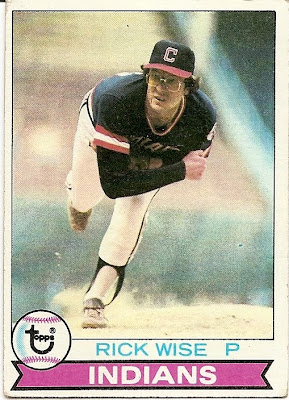 
I just wanted to show you this card so that you could also admire the glasses and the stirrups. 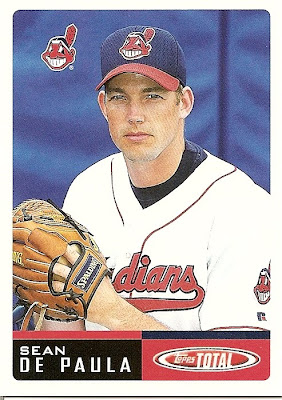 
I don't remember Sean DePaula. The Indians drafted him in 1996 and he first appearend in a game in 1999. He played in 3 different years briefly at the major league level. His inning total was just less than 35 innings.


I have no idea what happened to Sean, nor do I know why no other team gave him a shot. As far as baseball reference is concerned, he's still an Indian. There's no mention of him being released or traded or anything. In 2003 he played for the Reds AAA team and then there was nothing.


You might think that's not much of a career. What I think is that Sean DePaula played in the Major Leagues. He pitched 5 innings n the ALDS. He struck out 5 Red Sox in the playoffs. He is credited with a Major League win.


Anyone out there who wouldn't take that?


Well, that's all for this installment. Thanks Night Owl. There is more to come.
Posted by Motherscratcher at 4:27 PM

I honestly don't remember if I got any '81 Topps or not. I could have. But maybe that was a dream (I dream about cards way too much).

I also don't remember sending half those cards.

Just a hint of what things will be like when I'm 70.