Thorzul Break: From a long long time ago.

That Thorzul guy had a break. It was one of those $5 jobs if I remember correctly. There's a good chance that I don't, but that's how I remember it.
If you haven't noticed, there is no shortage of Indians fans and bloggers out there hanging around these parts of the interwebs. And, since most of us are unemployed, lazy, or both, we spend a lot of time on the internet. Consequently, the Indians are often one of the first teams to go in group breaks.
For example, in the monthly group break that I Am Joe Collector does, this will be my first shot at the Indians. I have been doing Joe's baseball breaks since the very first ones. In fact I was in on a few of the very first ones that never made it off the ground. But, when he opened up team breaks I always seemed to be a little too late to get the Tribe. Hey, thems the breaks.
I fell in to a habit of taking the Twins, A's, and Dodgers when the Indians were gone. Not sure why, just that they historically have had a lot of players that I like.
So there you go. the explanation behind why I have those teams in so many group breaks when I'm am Indians fan.
Here's a sample of what I got in Thorzul's break: 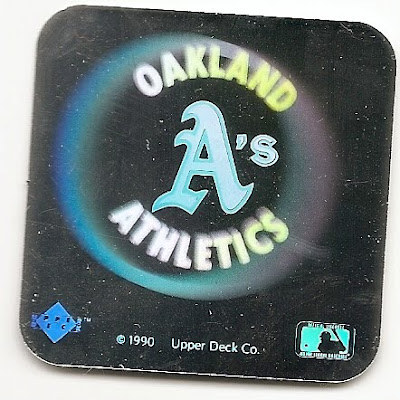 The A's Hologram sticker.
I have a giant shoebox of these kicking around somewhere 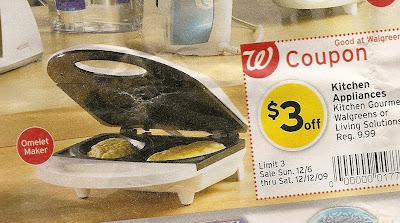 I just thought this was cool. It's part of the protective wrapping that the cards came in. It did the job. My cards were pristine. But, I've never seen an omelet maker before. I thought an omelet maker was just a...you know...a frying pan.
Yeah, you heat it up, melt some butter in there, make an omelet.
Just weird, man. 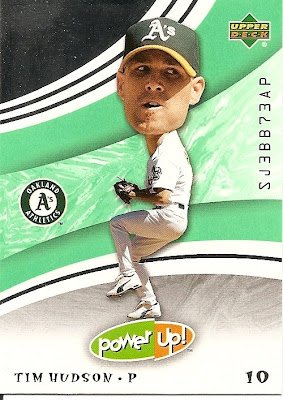 Tim Hudson Power Up
Dude's head is enormous. The back of the card lists "fun facts" that are so damn boring, if I tried to type them out for you I might fall asleep on my computer. 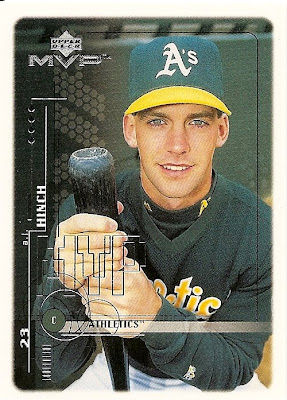 AJ Hinch 1999 Upper Deck
This card is really strange. I'm not sure if it's because AJ looks like he's 12, that look on his face, or what, but it kind of gives me the creeps. Maybe Freud could give you a reason. I sure can't.
I just know that I don't care for it. 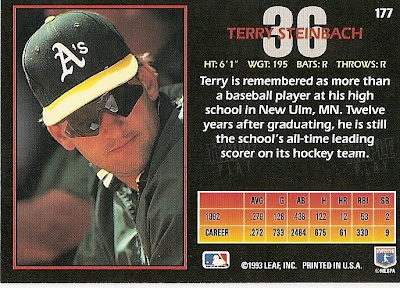 Terry Steinbach 1993 Triple Play
Read the back of that card. I'll wait.
I call Shenanigans on that. Are we supposed to believe that that's really how they remember Terry at New Ulm High? C'mon, man.
"Hey, did you know that Terry Steinbach went here?"
"Terry Steinbach? You mean the guy that scored a bunch of hockey goals in 1981?"
"Yeah, that's him. What ever happened to that guy?"
"I don't know. I haven't heard anything else about him." 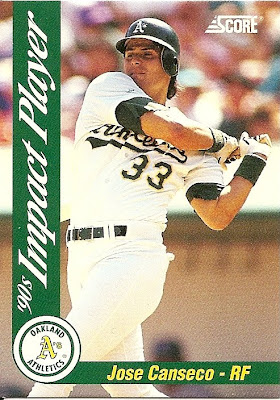 Jose Canseco 1992 Score
I remember how astoundingly good this guy used to be. But he makes it harder and harder to remember, doesn't he?
Well, that's a little sample of the Thorzul break. Thanks dude.
Mr, Bam, I mean.
Posted by Motherscratcher at 8:13 AM

The Steinbach card reminds me of a conversation I overheard in the halls of a nearby high school;

"Bob Brenly? He shouldn't be in the [high school's] hall of fame. He was a crappy major leaguer."

"Yea, but he won the World Series as a manager with the Diamond Backs."

Because you know, making the majors out of some podunk town isn't enough to get you in your alma mater's high school hall of fame these days.