I got home from work today to find another surprise from out in the wide ether. Three new submissions to our Big Lebowski Card Fest from Beardy (AKA Grep Pipitone). If I'm not mistaken I've seen Greg's name pop up occasionally in the comments sections of some of the blogs.

Beardy is definately not a faqin amateur.

Here are his submissions: 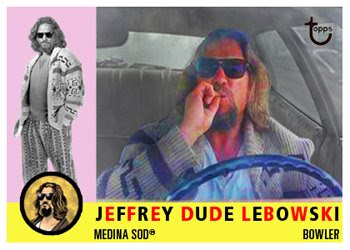 1955 Bowman Maude Lebowski (In a scene from Gutterballs) 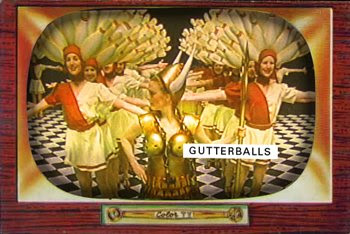 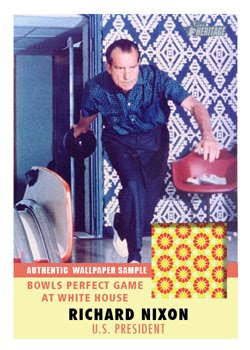 You might recognize the former President from the poster above the Dude's mantle.

Maybe I'll figure out some kind of numbering system, but not today.
Posted by Motherscratcher at 5:42 PM

thanks for posting them. i've got a few more if you'd like me to send em over.

Definately. Your cards are great and, as you know, the supreme court has roundly rejected prior restraint.

calmer then you are.

They're all excellent, but that Richard Nixon relic is outstanding.

I'm amazed at the awesomeness of the cards coming out of this project! Love the wallpaper relic.