Beardy is still in the lead even though I pulled that Santana Ad Back. You can still only win a pack once. I'm starting to feel the pressure. I feel like I've already pulled my share of Yankees and I should be clear of that now. Let's hope.

#85 Danny Putnam 0pts
#125 Michael Young 0pts
#60 Mariano Rivera -1pts (So much for steering clear of the Yankees. I got a comment from Drew, a Yankee fan, talking about how great this box is for Yankees.) 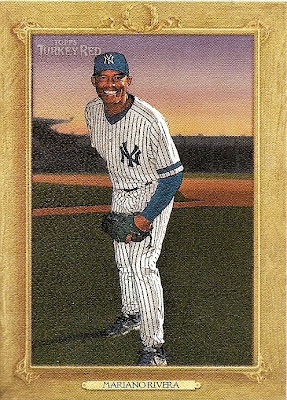 #107 Mickey Mantle 1pts (At least this Yankee gets me a point instead of takes it away.) 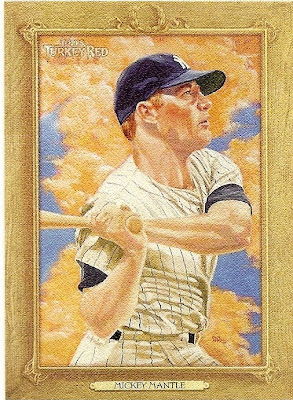 #96 Derek Lee 0pts
#7 Mickey Mantle SP 8 pts (SP) x 3 (Star) /2 (Yankee) = 12 pts (It seems like I get at least 2 Yankees in every pack. Thank god we made the Mantles worth something. It could have easily gone the other way and I'd be in negative points for the entire box. The great thing about this one is it's the SP. I'm more relieved than happy. If I would have pulled every freakin Mantle card in the set twice but didn't pull the SP, well, someone would have gotten a strongly worded letter.) 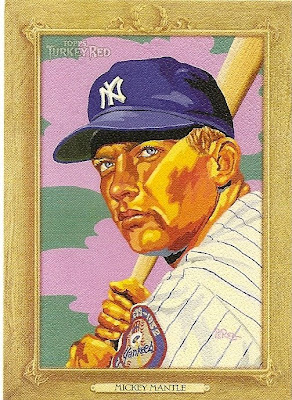 Turned out to be a good pack despite the Yankees. It's not unbeatable but I like my chances with this one.

#175 Lance Berkman 0pts
#105 Phil Hughes -1pts (What, am I supposed to be surprised? If there was one thing I was hoping for in this box it was the get Phil Hughes...twice.) 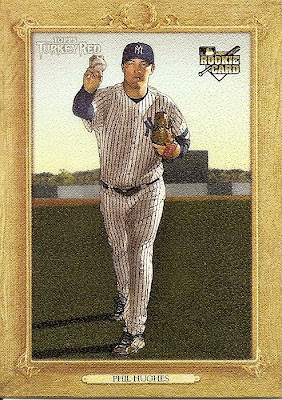 Here we go. Another negative pack. Now I've got to hope that Beardy's first pack is not great or I will find myself down by 4. That would be pretty much insurmountable at this point methinks.

We'll have to see what Beardy got, but my stomach is in knots. Well, not really, but I'd like to have a chance. That's all I ask...a chance at the end.
Posted by Motherscratcher at 11:39 PM

That Mantle SP might be the ugliest card thus far.