Here it is. It all comes down to this. I've had a lot of fun. It has been a lot more work than I imagined. I'm piggybacking right on the back of my last post so I don't even know who's winning as of this writing.

It's right in the middle of the Cavs game so I probably will be in no position to do anything Turk Off related for a while yet.

Win or lose, I've had a blast. 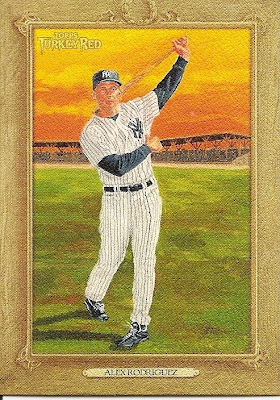 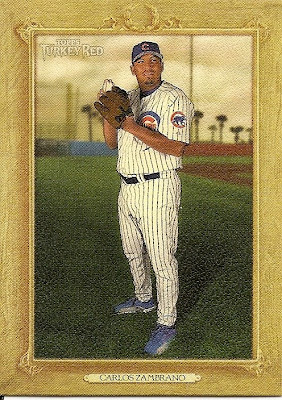 Decent. But will it be decent enough? 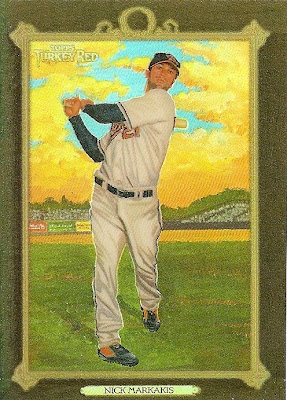 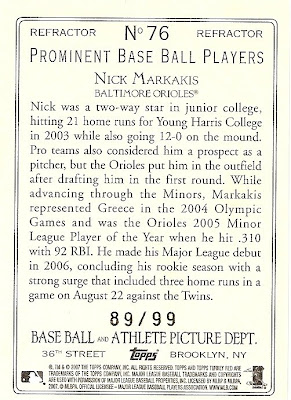 70 Freakin' points. Wow, what a way to finish. I swear that I just posted these packs as I pulled them. This just happened to be the last one.

I guess that the poll was right. Beardy and I both opened pretty good boxes. Both go t silks.

I can tell you that win or lose, that Black Chrome Markakis is going to find it's way to Beardy. You get a pull like that and are busting things with =the one guy in the world who could appreciate it more than any other...it's just like the stars aligned. Good times. Really good times.

There's still a Cabinet to open but that's really just for show. I'll drop that around midnight or so. It's pretty decent too.
Posted by Motherscratcher at 9:45 PM

You'd better trade me that black refractor. I want it more than anything, and was really hoping to pull it in my box.

Even if I lost, that card more than makes up for it.

I think you won. What a comeback!

Yeah, it goes without saying that it's yours. I think I put that in the post.

It was quite a contest, but you win on total points. You got me by like 30 or 40. Without that Markakis you were dead in the water.

What do you want as a prize?