Beardy sent me some cards a few weeks back. They were sent around the same time that I sent him about $1.13 worth of wax packs from 1992. He sent me about $1476.34 worth of parallels, autos, and SPs. Beardy rules. Tracy Hackler would have shit himself.

Have no fear, I do have piles for some of the blog people and am slowly (very slowly) trying to accumulate some cool stuff to send them. I've already got some cool Markakis stuff for Beardy. He should be getting it around Nov.-Dec.

In the meantime, I've challenged him to a Turk Off to the Death. I've not heard anything yet (as of this writing). I think he might be scared. If he accepts my challenge, we'll bang out some rules and I will explain just what the hell it all means. That is if he's man enough which, judging by his awesome beard, he is.

Now, on to the kick ass cards from Beardy. 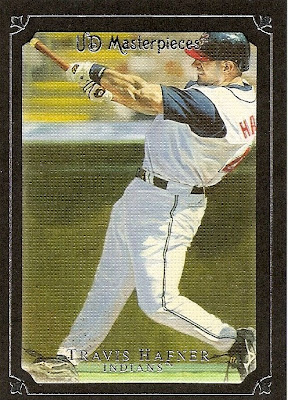 I'm so disappointed in Hafner. Well, not Hafner exactly. I'm frustrated with his injury. I just love the guy so much. Reports are coming out that he is feeling good and could rejoin the club soon. He may rejoin the club soon but I no longer believe that he will ever again be the player he was a few years ago. That makes me sad.

Still, this is an awesome card. I'm not sure why it's called "linen", but it's better than border somehow. Black Linen just sounds cooler. 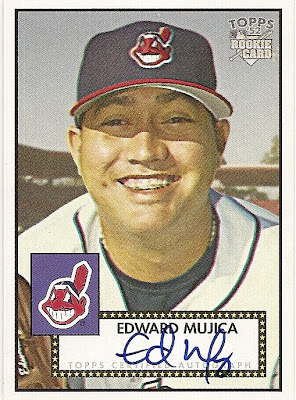 The back of the card says that he pitched 38 innings in AA and AAA in 2006 with a 0.00 ERA before he was called up. Can that possibly be right? He pitched really well in limited duty in 2006. Then not so well the next few years. I didn't even realize it, but he's now with the Padres.

By the way, he's sporting a 3.26 ERA this season. If he was still with the Tribe he would be the best pitcher in the bullpen. I'm getting depressed. 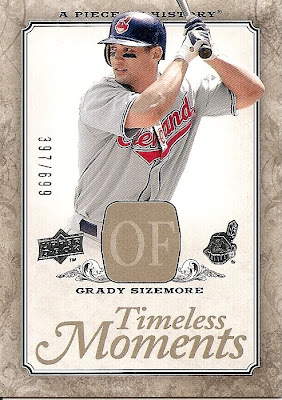 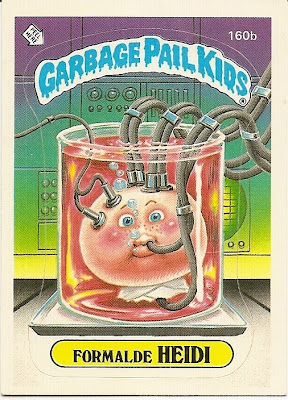 This is from series 4 and the twin is "Decapitated Hedy". I was super pumped to see this card. I've mentioned a few times on this blog how much I loved GPKs. Now, this is the lone GPK card that I own. When I saw it I got a moment of feeling like I was 12 again. Good feeling. 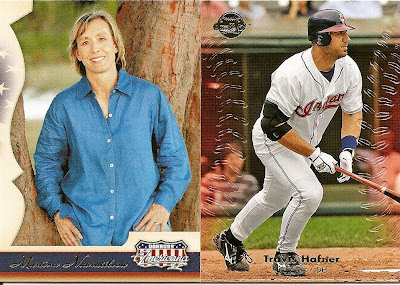 When I got this card I was thinking "who is this guy?" Just kidding. Martina deserves respect for being on the short list of greatest tennis players ever. But why in the world would they use a picture that has nothing to do with tennis and Martina seems to be doing her damnedest to look like a construction worker. Seriously, get her a yellow hard hat and you don't have a tennis star anymore; you have some dude named Ed who's waiting for the 5 O'clock whistle to blow so he can go get plowed with his buddies before getting home late for dinner.

I have no Sweet Spot. I don't know why. This is a cool card, what with the raised seems and what-have -you. 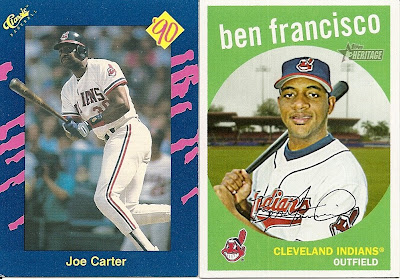 Another of those Classic cards that keep finding their way to me. Still has the autograph space on the back of the card that I get a huge kick out of.

Some consider Joe a Hall Of Famer. I think it has a lot to do with the famous World Series homer he hit. I remember him fondly as a player, and I wouldn't be hurt to see him get in some day.

But the guy has a .306 career OBP. The guy just made a TON of outs. I don't know how you ignore that.

I really like Fransisco. He was handed a starting OF job this year and he just doesn't seem to want to grab it. He keeps showing flashes of what he could be, and then he keeps not being it. It's very frustrating. I'm not ready to give up on him just yet.

The back of the card mentions a 5 hit game against the Rangers in June of '08. You can't be a chump and do that, can you?

End of part 1. I have another post coming for the Beardy Goodness.


Update: While I was writing this Beardy accepted my challenge.

It's On. Prepare to be Effed in the A. I'm going to serve the hell out of you.
Posted by Motherscratcher at 11:14 AM

Man, I hate getting effed in the ay! Awesome cards though!

Dude, DA is sold out of 06 Turkey Red! They just had it on Mon! This sucks! Do you know any other reputable online shops I can search?

Ive heard good things about blowout cards but I've never bought from them. I got mine off eBay.

Ask Joe Collector. If anyone would know it's him.

Blowout didn't have any '06 either. my options were eBay, or Charm City Cards. I've never been a fan of buying boxes off of the 'bay, and Charm City was expensive.