I like to write these up before I know what Beardy got. I like the surprise better. I have to admit, though, that I just snuck a peek at his post and I dodged another bullet. We will once again be splitting these 2 packs but it could have easily been another sweep for the Bearded Wonder if either one of us had pulled the packs out of the box in opposite order.

Here's how it shakes out on this one.

#126 JD Drew -1pts (What a typical way to start a pack. Another JD Drew card. Will the horror ever end?) 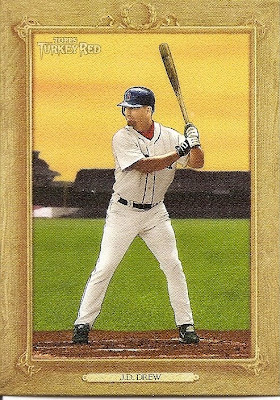 #100 Gary Sheffield 0pts
#114 Gary Matthews 0pts
#24 Akinori Iwamura 0pts
#45 Billy Butler 0pts
#40 Chipper Jones Chrome 3pts (I keep feeling even worse that we did not include Chipper in the Major Stars list. To tell the truth, that list was thrown together without much thought at all (the way I live most of my life). There are a lot of players who were left off that should be on there. But, when the checklist is only about 200 players, most of them are going to be very good. Still, Chipper got the shaft. It won't happen again. Apologies to the Commish.) 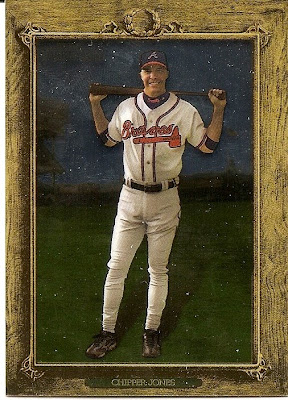 A weak pack when I needed it. You can't win them all and the worst thing I could do there would be to lose 17-16 instead of 17-2. I would feel bad if Beardy had lost after pulling a sweet Vlad Chrome Refractor. I'd get over it, I'm sure.

#31 Andrew Miller 0pts
#29 Alex Gordon 0pts
#70 David Wright 2pts (I know there has been a lot of gnashing of Dayf's teeth over the inclusion of Wright but not Chipper. The only explanation I have is that Wright is young and Chipper is an old old man. Either way, I'm glad to have the 2 points.) 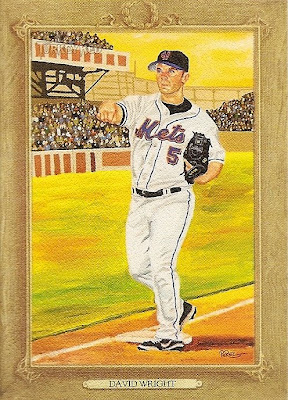 #TRRDWW Dontrelle Willis Relic 10pts (About the worst relic you could possibly pull. Although, I should say that Dontrelle pitched very well in a recent game. I have no idea if he's pitched since then and I'm way too lazy to look it up. What I will say is I'm pulling for the guy. Baseball is better when Dontrelle is pitching well...except against the Indians.) 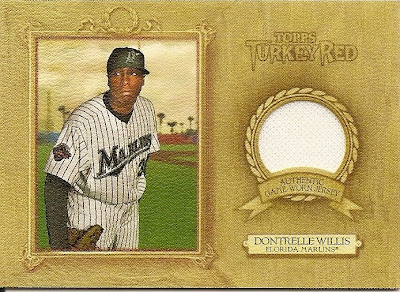 #156 Travis Hafner 1pts (Pronk should be back in the lineup after this weekend. Finger's crossed.) 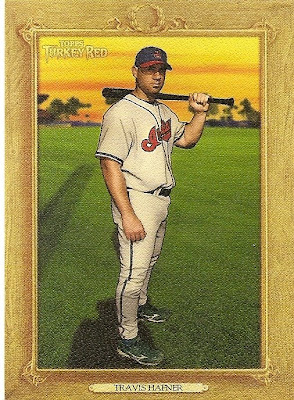 Dontrelle and a couple of Yankees (Beardy's this time) helped me pick up a pack here to stay clinging to any hope of pulling this thing out. With 6 packs left I need to win 4 just to tie. I think I still have hope of that. I have to play for the tie and send it into overtime and wrap things up with the total tally, which I'm also losing. Who knows...maybe I'll pull a Perez auto Cabinet. Wouldn't that be something?

Everyone knows that us Cleveland boys have a special knack for pulling things out in the end.
Posted by Motherscratcher at 11:03 AM

Wow! Craptastic relics in both boxes!