Beardy is throwing these posts up at an accelerated rate. He understandably wants to get this done with before the weekend is over to bask in all of his glory. Apparently, Bready and the boys down at the crime lab will be working in 12 hour shifts all next week leaving precious little time for turking off.

Will Wonderbeard's plan succeed? Or, will I stage an incredible Cleveland style comeback that will be talked about for ages? Only time will tell, but I'm hoping for an exciting finish. 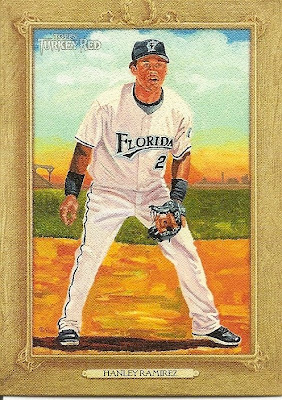 #111 Fransisco Rodriguez 0pts
#117 Mickey Mantle 1pts (Mickey mantle again. I swear I've pulled 39 Mantles in this box. I'll count them up in the end. It will be a lot, but it won't be nearly as many as it feels like.) 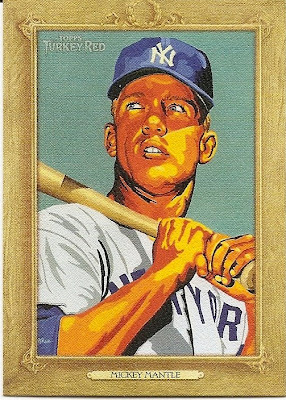 #137 Jason Schmidt Chrome Refractor 5pts (Like Beardly McGoo said, "What happened to this guy?" Never did quite live up to his rep. I can't help it, though. I still get a little excited when I see one of his cards. kind of like Gregg Jeffries or Todd Van Poppel. I guess it isn't fair to lump him in with Van Poppel. Schmidt still had some really good seasons.) 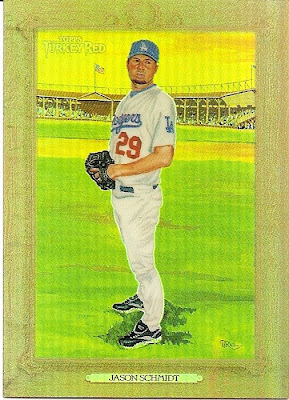 8 points is pretty strong here and is just enough to pull out a squeaker over Beardmeister. Can the Infamous Scratch Man climb his way back in? 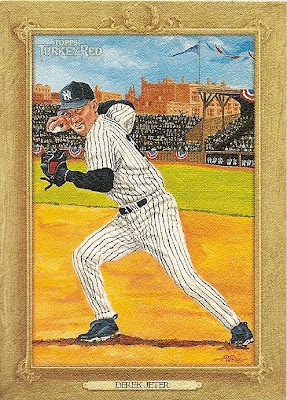 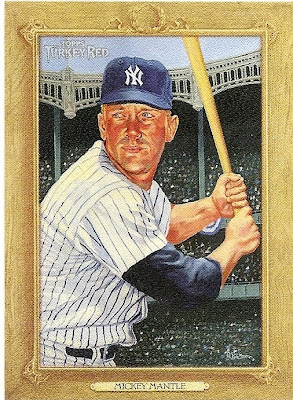 #15 Ichiro 0pts
#TRP23 Benjamin Harrison +5pts (President) x2 (Harrison) = 10pts (How about Big Ben Harrison coming though in the clutch?! A double pointer Pres! That's what I like about the Turk-Off. Half of our rules make no sense at all, but I'll take it.) 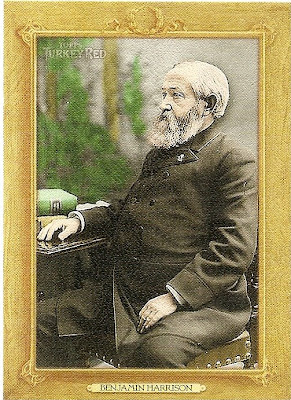 A clean sweep for the Motherscratcher (or Fatheritcher, as seems to be starting to catch on). How about that? Coming down to the wire we are now neck and neck.

Buckle your seatbelts. It might be a wild ride!
Posted by Motherscratcher at 2:45 PM

If there has been on thing this Turk-Off has accomplished it is that it has scared me off of ever collecting this set.

Who wants that many Yankees? It's just awful.

Don't let it scare you off. It is a lot of Yankees, but probably not as bad as it may appear. All Yankees cards are going to affect the score so every stinking one of them gets scanned and posted. If we scanned and posted every single card that we pulled the Yankees wouldn't stick out quite as much as they do.

Remember when I said I'd kill you last?